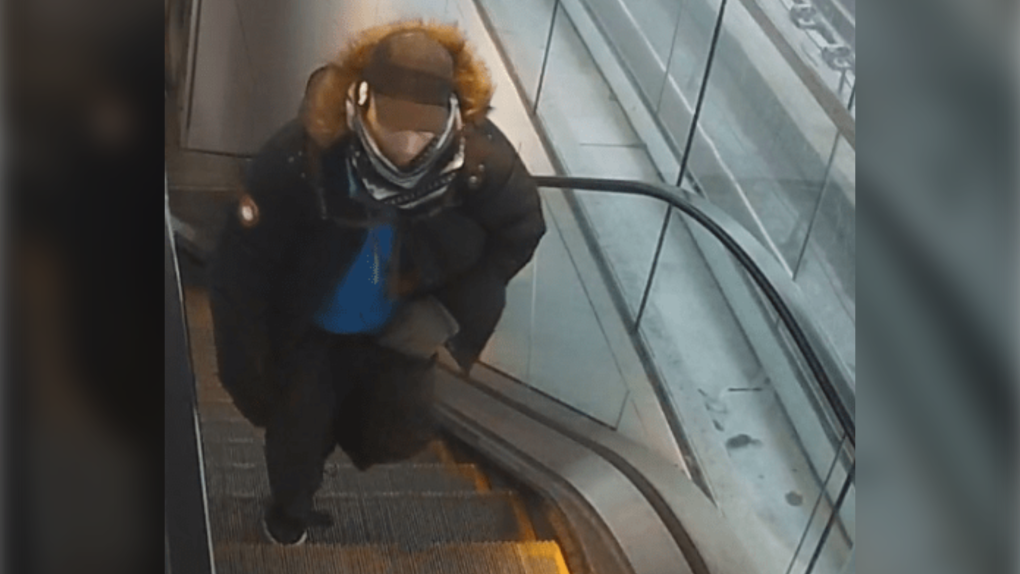 Transit police say they're looking for a suspect who allegedly hit a man with a metal pipe on Jan. 14. (Metro Vancouver Transit Police photo)

VANCOUVER -- Police are looking for a man who allegedly head-butted a transit user, then hit them with a pipe at a Vancouver SkyTrain station earlier this month.

At about 9 a.m. on Jan. 14, a man went through the transit fares at Main Street-Science World Station, Metro Vancouver Transit Police say. Another man also tried to get through the gate and allegedly yelled at the victim saying he stole his Compass Card tap to get through himself.

The man who was yelling then head-butted the victim, transit police say.

After the victim tried to fight the suspect off, the suspect allegedly got a metal pipe and hit him over the head.

When the victim called for help, the suspect ran off and a witness called 911. The victim was taken to hospital where he was treated for a concussion and got eight staples for a cut on his head.

"The level of violence this man was willing to use is shocking," transit police said in a news release. "All passengers using our transit system have the right to travel without fear of harassment or assault."

The suspect is described as an olive-skinned man, approximately 30 years old. He's about 5'7" tall and medium build. At the time of the alleged incident, police say he was wearing black pants, a black puffy jacket with a fur-lined hood, a scarf and a dark baseball cap.

Anyone who witnessed the incident is asked to contact transit police at 604-516-7419.