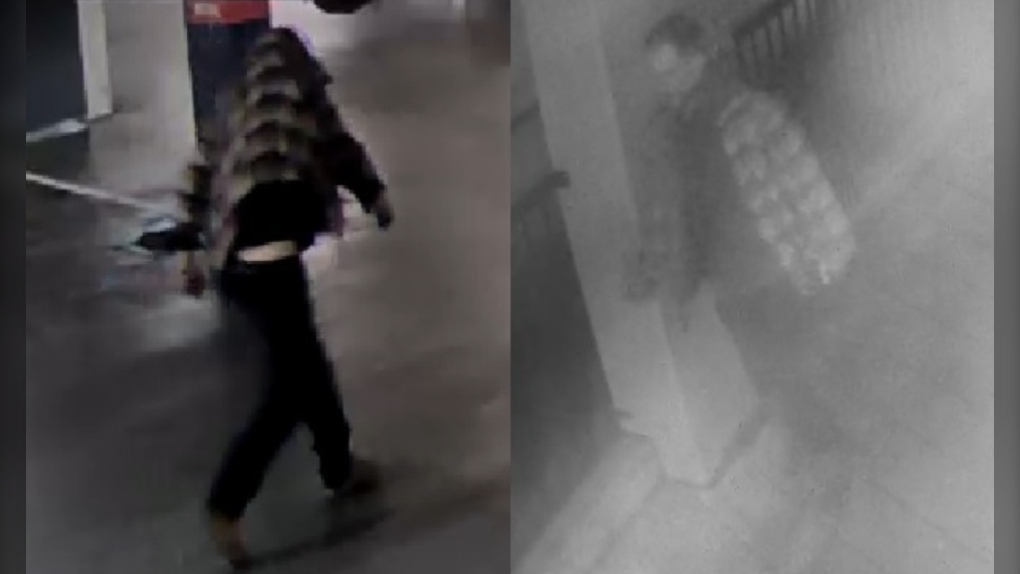 Surrey RCMP have released surveillance photos of the suspect in hopes of identifying him. (Surrey RCMP)

VANCOUVER -- Police in Surrey are asking the public for help identifying a man they say "spontaneously punched" a stranger in the city's Guildford neighbourhood on Tuesday.

The incident occurred around 8 p.m. near the intersection of 153 Street and 102A Avenue, Surrey RCMP said in a news release.

The man approached the victim and punched her, then fled on foot "immediately after the encounter," police said, adding that the woman was taken to hospital for treatment.

Police describe the suspect as a white man in his 50s with a "skinny build." He stands approximately six feet tall and was wearing a yellow-and-brown-checkered jacket and dark pants at the time of the alleged assault.

Surrey RCMP have released surveillance photos of the suspect in hopes of identifying him.

Anyone with information about the incident should call Surrey RCMP at 604-599-0502, police said. Tips can also be provided anonymously via Crime Stoppers at 800-222-8477.