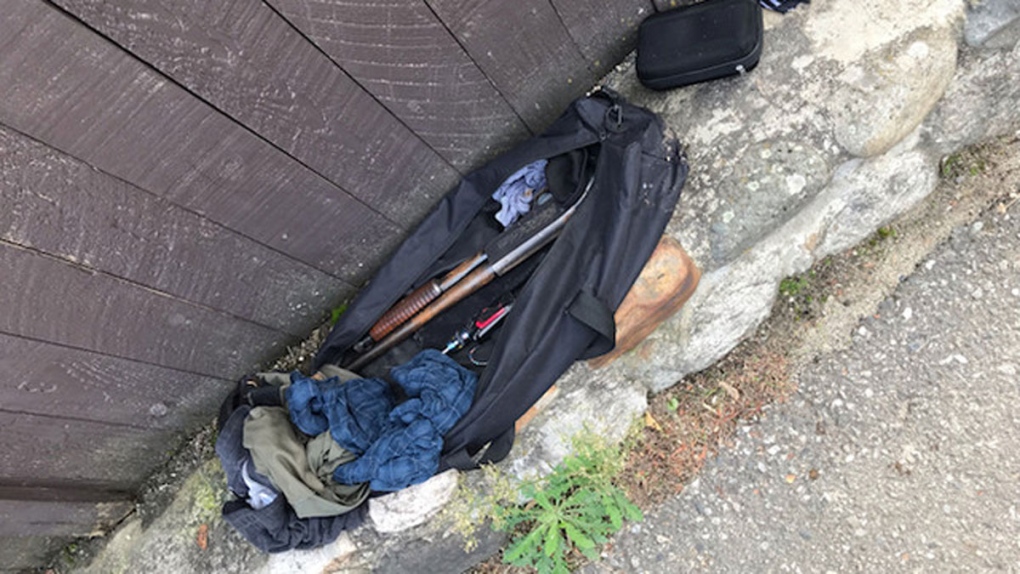 A duffle bag containing a sawed-off shotgun, crack pipe and other items was found discarded in a Kelowna alley this week. (Contributed to Castanet.net)

Police are investigating after someone found a loaded shotgun stuffed into a duffle bag in Kelowna this week.

Authorities said the startling discovery was made Thursday afternoon in the alley behind Lawrence Avenue, near Burtch Road. Cayla Joss, who lives in the area, was there when it was found.

“This has scared everyone on our street,” Joss told Castanet News.

Witnesses said the discarded duffle bag was lying open, and also contained extra ammo, a knife, a crack pipe, a balaclava and some clothes.

They quickly called police, who came to seize the shotgun, which had its barrel sawed off.

Smith said the sawed-off shotgun has since been sent to a forensic laboratory for “further analysis in an effort to identify a possible suspect and determine whether or not the firearm is related to a criminal offence.”

It’s unclear how long the weapon had been left out in public before it was found, but the Kelowna RCMP detachment thanked the person who noticed it for calling authorities right away.

Police also asked anyone who might have information on the shotgun or duffle bag to contact them at 250-762-3300. People who want to remain anonymous can instead contact Crime Stoppers.