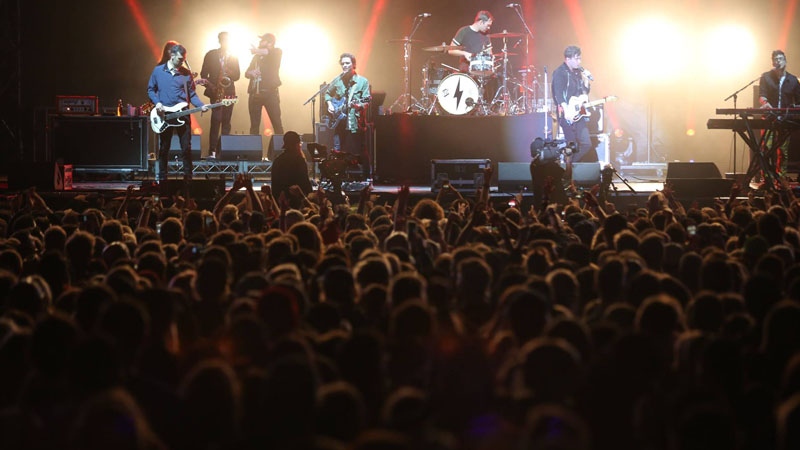 VANCOUVER -- A major music festival that took over Vancouver's Stanley Park two summers ago won't be returning this year as originally planned, with organizers behind the event citing "unsustainable" costs.

Skookum Music Festival debuted in 2018, bringing together over 50,000 music fans to three days of concerts including performances by The Killers, Florence and the Machine and the Arkells.

Despite racking up 111 noise complaints, the festival appeared to be a success, with Vancouver's park board unanimously agreeing to add the festival to the city's annual events calendar starting in 2020.

But the festival isn't on this year's calendar of events after all.

"The Skookum Music Festival will not be proceeding as planned in 2020 due to changes in its ownership and management structure," said park board spokesperson Daria Wojnarski in an emailed statement to CTV News. "As a result, it was removed from the 2020 calendar of major events."

This year's calendar of major events is set to go before the park board for approval on Monday.

Wojnarski said park board staff is ready to work with the new management team "should plans emerge for a future festival."

In an emailed statement, however, the owners of the event said they've decided not to move ahead with a second year of the festival.

"The inaugural event was held in 2018 at Stanley Park and cost projections for continuing the event are unsustainable," the statement said.

"Although we’re disappointed, we thank the 50,000 fans who came out and supported the event, which we believe combined one of the world’s most beautiful settings, great music and strong partnerships."