Seeing Brees and Big Ben on sideline is very odd 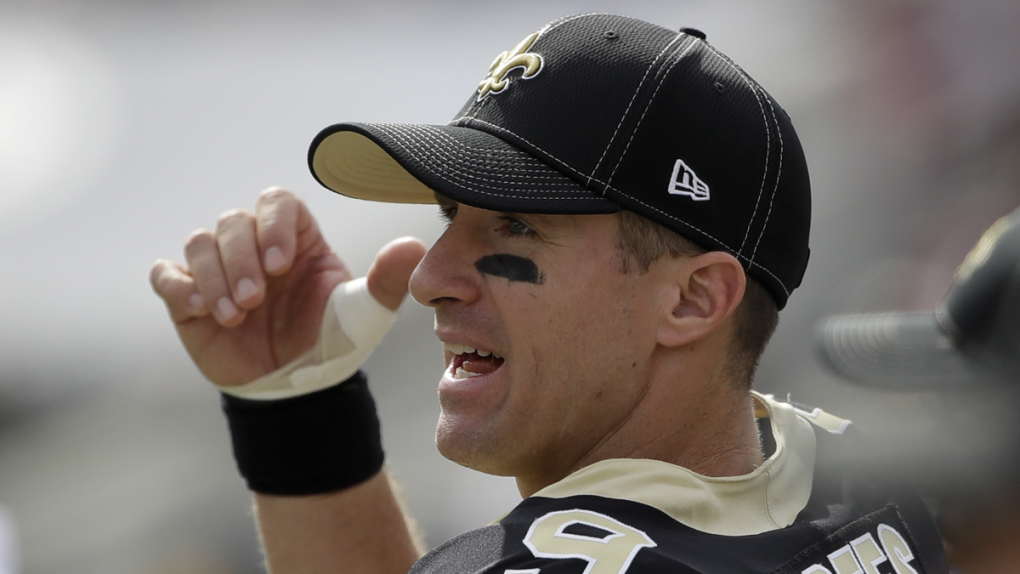 New Orleans Saints quarterback Drew Brees watches from the sidelines after getting hurt during the first half of an NFL football game against the Los Angeles Rams Sunday, Sept. 15, 2019, in Los Angeles. (AP / Marcio Jose Sanchez)

Few if any scenes on Sunday seemed more incongruous than Drew Brees and Ben Roethlisberger on the sideline watching their team's offences try to produce without them.

It doesn't happen very often, and both the Saints and Steelers better hope it is a rare occurrence that won't be repeated much, if at all, the rest of this season.

Brees damaged his thumb and Roethlisberger hurt his elbow. Most worrisome: The injuries occurred to their right arms, the ones they use to make their millions - and help their teams compete for championships.

"I am very concerned," Brees said. "I'm hoping for the best and preparing for whatever the next steps might be according to the evaluation."

It's fair to say that neither New Orleans nor Pittsburgh is much of a Super Bowl threat without its veteran quarterback, each of whom has, indeed, taken those franchises to NFL titles. Sure, Mason Rudolph looked solid enough, throwing for two fourth-quarter touchdowns in the Steelers' 28-26 loss to Seattle. And Teddy Bridgewater, though he struggled against the Rams' strong defence Sunday in a 27-9 loss, is considered by many the best insurance policy at quarterback in the NFL.

Still, we're talking about two likely Pro Football Hall of Fame inductees five years after each retires. While Brees is 40 and Roethlisberger is 37, neither has talked about hanging it up. Perhaps they're inspired by the 92-year-old, uh, 42-year-old Tom Brady in New England.

Brees will see a hand specialist as soon as possible, but not being able to grip the football is, obviously, an impossible situation for a quarterback, particularly one with the Midas touch that Brees owns. New Orleans (1-1) is fortunate that the NFC South is not looking particularly imposing, and barring a major surgery, the 19-year veteran figures to be back behind centre in 2019.

"I told him I'm hoping for the best," Goff said of his postgame chat with Brees. "He's a great player for this league, a face of the league, and somebody we need in the league."

Brees' career was in doubt in 2006 after shoulder surgery made teams wary of signing the free agent who had lost his job in San Diego to Philip Rivers. Miami wasn't sold he could be effective again, and the Saints couldn't be certain, either. But they took the gamble, which led to the franchise's best string of seasons, including the 2009 NFL championship.

The Dolphins are still searching for the franchise QB.

Bridgewater also had his career disrupted by injury, a nasty knee issue while Minnesota's starter that cost him the 2016 season and pretty much relegated him to backup status since. Coach Sean Payton's offence rarely has been run by anyone but Brees, so it's hard to predict how Bridgewater might fare.

As for Rudolph, he beat out Joshua Dobbs for the backup role to Big Ben, whose durability isn't quite like that of Brees or Brady - or his fellow first-round draft picks in 2004, Eli Manning and Philip Rivers. But it's impressive: Roethlisberger has started 215 games, and has not missed a significant portion of a regular season since 2015, and before that in 2010, when he still guided Pittsburgh to the Super Bowl.

Rudolph might be the future quarterback for the Steelers, and for now he might be the present QB. With the Steelers (0-2) already in a hole in the AFC North led by Baltimore, losing Roethlisberger for a lengthy period is a foreboding prospect.

It also would mean that the three key components of their high-octane offence of recent seasons - Roethlisberger, Le'Veon Bell and Antonio Brown - aren't around.

Of the two teams, the Saints appear in a far better position to make up for losing their superstar QB than do the Steelers. Regardless, having them sidelined for quite a while would be a major blow in the Big Easy and the Steel City.