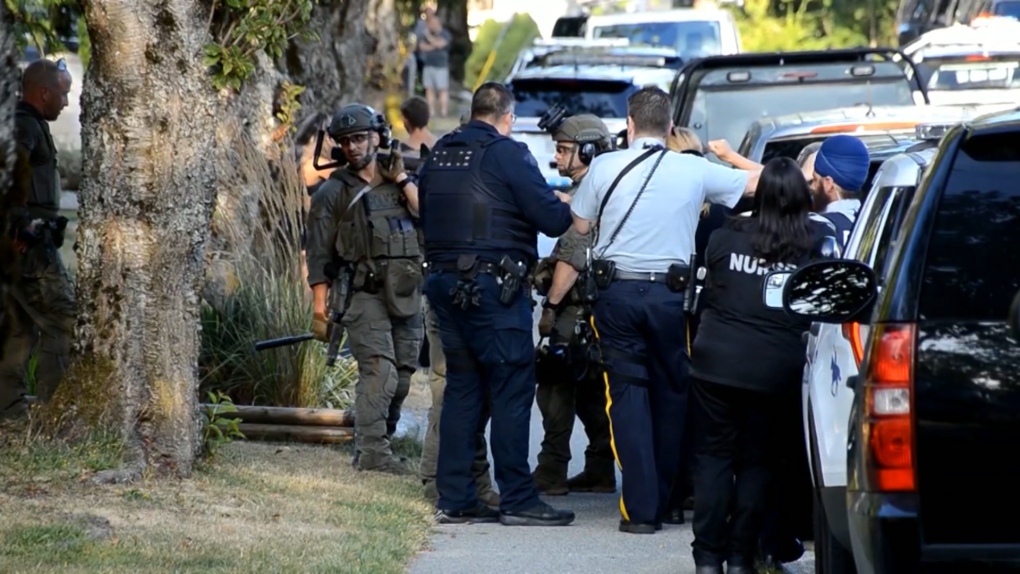 Officers and the Emergency Response Team were all seen outside of a Surrey home Monday night.

Police surrounded a home in Surrey Monday night, after reports that a person had barricaded themselves inside.

The police standoff lasted several hours outside a home on 102B Avenue, with a large presence of officers and Emergency Response Team members on scene.

The incident appeared to end peacefully, however, and it's not clear if charges will be recommended.

Police have not commented on the investigation.