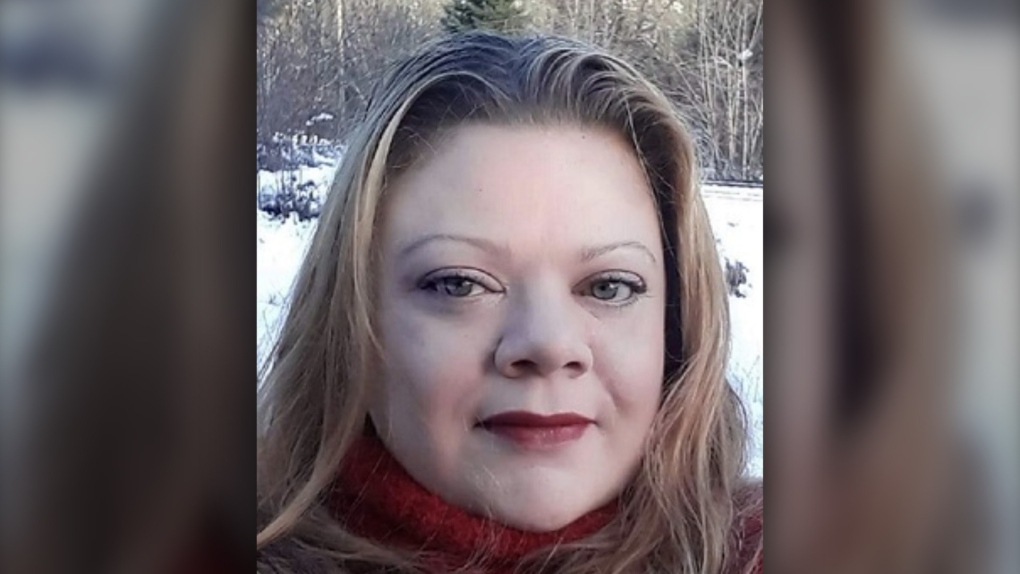 Authorities say 45-year-old April Lee-Ann Christine Parisian of Spuzzum, B.C. was last seen by a family member on April 7 or 8, 2020.

VANCOUVER -- The search for a missing B.C. woman took an alarming turn this week after police found her camper in the Fraser Valley with a man inside.

The RCMP said the camper and a truck, both registered to April Lee-Ann Christine Parisian, were discovered near the border between Abbotsford and Chilliwack on Thursday evening.

The missing 45-year-old wasn't there, but police did find a man inside the camper. Officers had what the RCMP described as a "short dialogue" with him, but said he eventually stopped responding to them.

"They ultimately located the man inside with what is believed to be a self-inflicted wound," the B.C. RCMP said in a news release. "The police officers called (Emergency Health Services) and provided medical assistance, but the man later died."

Authorities have notified B.C.'s police watchdog, the Independent Investigations Office, to determine whether police actions or inaction played a role in the man's death.

The RCMP said it has also called in the Integrated Homicide Investigation Team to take over the investigation into Parisian's disappearance.

"While April's vehicle has been located, her whereabouts is still unknown," the RCMP said, adding that anyone with information on what happened to her should contact IHIT directly.

It's unclear whether there was any sign Parisian was a victim of foul play, or whether she had any connection to the man found at the scene. The RCMP directed question from CTV News to IHIT, which has not responded to a request for more information sent Friday evening.

Parisian is from the small community of Spuzzum, located just north of Hope, and was last seen by a family member on Tuesday or Wednesday of last week.

She is described as an Indigenous woman with blonde hair and blue eyes who is 5'7" tall and weighs 240 to 280 lbs.

Police said anyone with information on the case who would like to remain anonymous can send tips to Crime Stoppers.