Plane reported to have crashed in Fraser River still missing: Transportation Safety Board 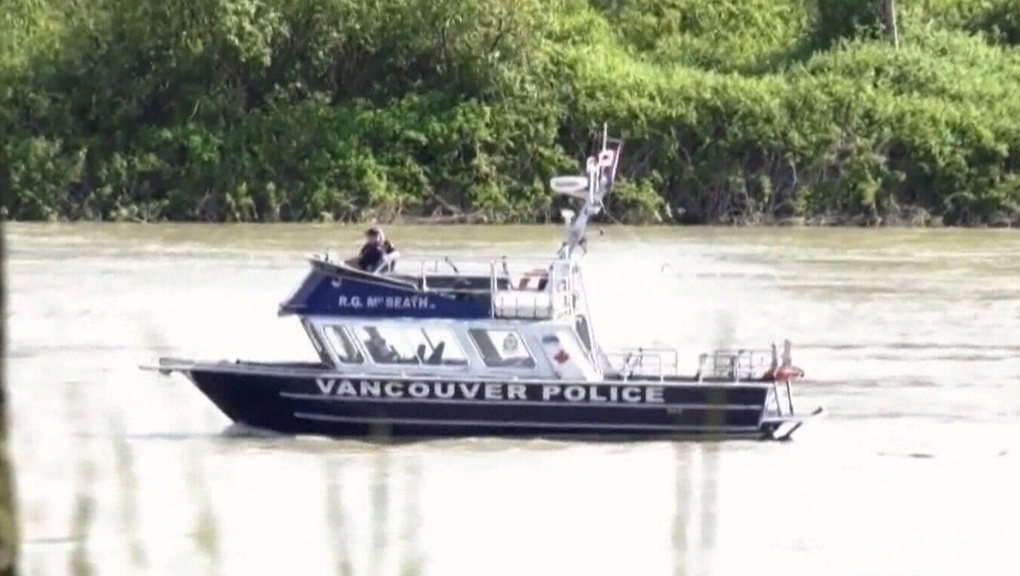 The Vancouver Police Department's marine unit joined in the search for the missing plane the weekend of June 6 and 7, 2020. (CTV)

MAPLE RIDGE, B.C. -- A plane that reportedly went down into the Fraser River in early June has still not been found and the fate of the crew is unknown, according to the Transportation Safety Board.

The TSB says the plane that was reported missing June 7 with two people on board was last recorded travelling at an altitude of about 60 metres.

The board says the Cessna 172M aircraft was travelling east at an airspeed of about 150 kilometres an hour when it disappeared from radar over the Fraser River near Maple Ridge in the afternoon of June 6.

In an update on its investigation released Wednesday, the board says the local training flight was operated by the International Flight Centre at the Boundary Bay Airport.

There was a student and flight instructor on board.

In June, the RCMP said a single witness reported seeing the plane go into the river. But despite an extensive search of the river, the plane could not be found.