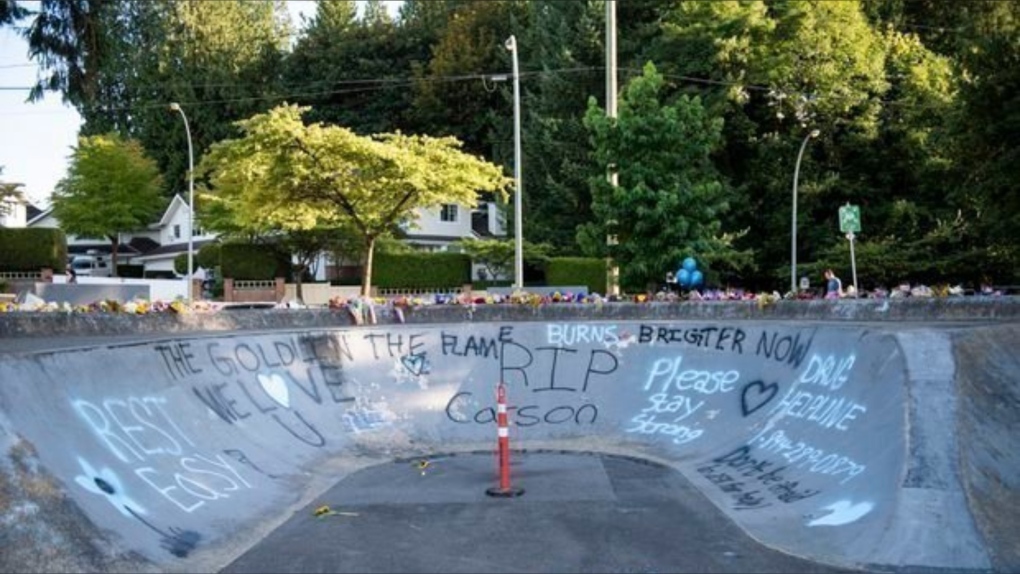 A petition has been launched to rename a Langley skateboard park in memory of a teen who died from an apparent overdose.

A petition has been launched to rename a Langley skateboard park in memory of a teen who died from an apparent overdose.

The online petition, which has gathered hundreds of signatures, calls on the Township of Langley to rename a skate park in the Walnut Grove neighbourhood.

Carson Crimeni, 14, died of a suspected overdose while witnesses stood by and captured video on their cellphones on Aug. 7. He was found unresponsive at Walnut Grove Park later that evening.

"Given the outcry for Carson Crimeni's passing, and the spontaneous, community memorial that has developed at the Walnut Grove Skate Park for him, I propose that the Township of Langley name the skate park in his memory," wrote Geoff McNeill in the petition's description.

A celebration of life was held last Thursday at a church where more than 1,000 people attended. The service was also live-streamed with the family's permission, allowing the community to mourn together.

His parents and sister spoke at the service, describing him as caring and giving.

His sister, Bella, said she's hopeful that his death will make others realize the implications of drug use.

"It could take anyone away in a heartbeat," she said.

As of publishing, the petition had reached 875 signatures out of 1,000