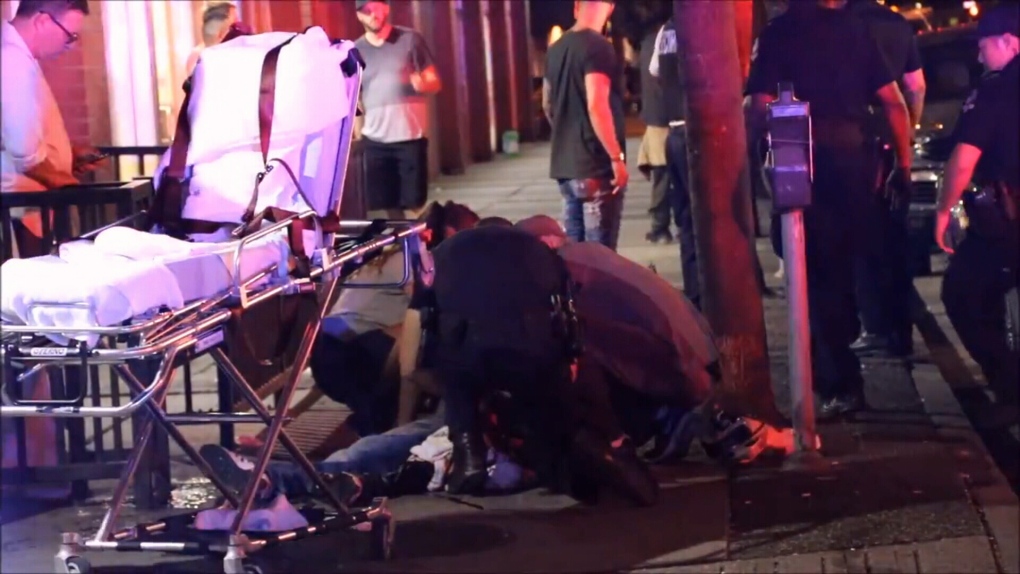 Paramedics prepare to load one of two stab victims into an ambulance after a double stabbing on Abbott Street near West Pender Street. (CTV)

Two men were sent to hospital after a double stabbing early Saturday morning at the edge of Chinatown.

Police responded to a report of a fight just after midnight near a pub on Abbott Street close to West Pender Street. Two men, both in their 30s, had been stabbed during the fight.

Paramedics loaded the two men into ambulances. They both suffered non-life threatening injuries.

Police arrested a third man at the scene, but then released him later Saturday morning.

"After speaking to several witnesses to the fight, the suspect was released later in the morning pending further investigation by our Major Crime Section," Cst. Jason Doucette told CTV News.