On average, 2.5 people per day died of drug overdose in B.C. in August 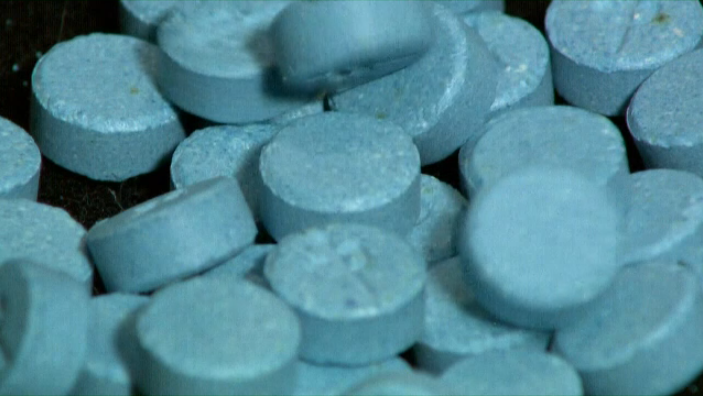 VANCOUVER - Hundreds of people died of suspected drug overdose in the first eight months of the year, data from the BC Coroners Service suggests.

The numbers released Wednesday show nearly 700 people died of overdose in B.C. between January and the end of August. Fentanyl was detected in more than 85 per cent of those deaths, the data showed.

The most recent data available was from August, a month where, on average, 2.5 people died each day of overdose.

With a total of 79 deaths, that's a 37 per cent decrease from the same month last year, but it's up 13 per cent from July.

If you witness an overdose, call 911 immediately. Carrying a naloxone kit is recommended, and users are advised to have drugs checked if possible.

"Never use alone," the BC Coroners Service said. "Use at a supervised consumption site or overdose prevention site if you can."

Who are the deceased?

The coroners service also released information on the ages, genders and locations of the deceased.

So far in 2019, the majority have been between the ages of 30 and 59. The service said 71 per cent fell within that category

Where did the deaths occur?

When looking at geography, the rates of illicit drug deaths have been highest so far this year in the following health authorities: Princeton, Grand Forks, Hope, Metro Vancouver and Keremeos. 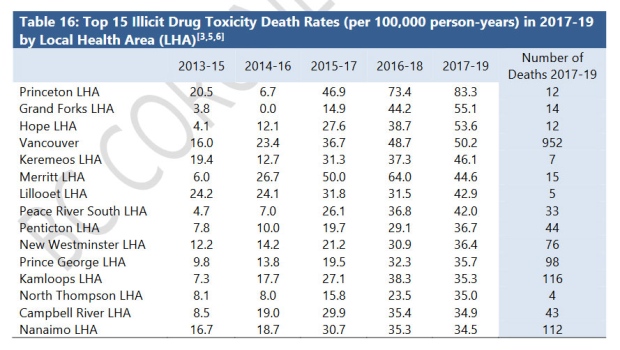 Quick look: By the numbers