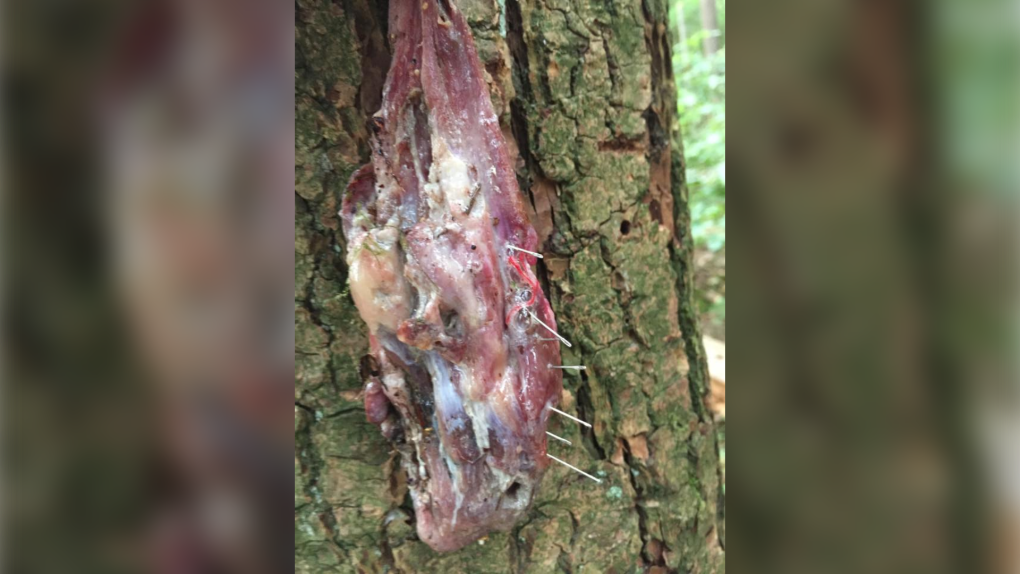 A dog walker found a piece of meat stuck with several sewing needles on a Burnaby, B.C. trail over the weekend. (Facebook/Lorraine Ismail)

Dog owners are on alert after a piece of meat containing at least half a dozen sewing needles was found on a hiking trail in Burnaby.

A picture that's making the rounds on Facebook shows six needles protruding from the meat, which was apparently discovered by a dog walker on Burnaby Mountain over the weekend.

"Watch your dogs," wrote the woman who posted the picture. "This was pulled out of the mouth of a friend's dog on the North Road trail."

Burnaby RCMP confirmed it received a report about the meat shortly after 5 p.m. Saturday, and that officers are looking into what happened.

The detachment said it's too early to say conclusively whether the meat was left out with the intention of harming an animal, but asked anyone who has seen anything else suspicious in the area to come forward.