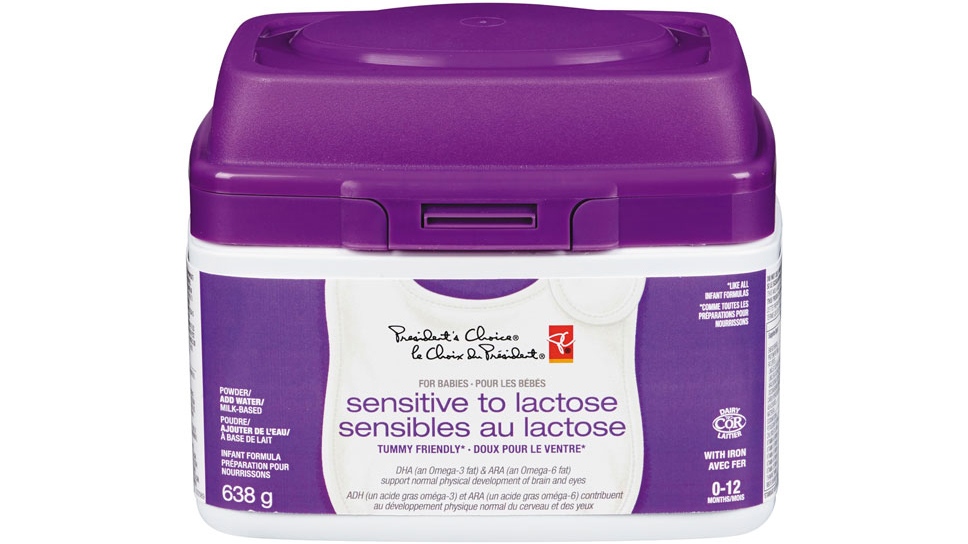 VANCOUVER - A brand of lactose-sensitive baby formula has been recalled over concerns it could be contaminated with a potentially dangerous bacteria.

Health officials said the powdered formula was sold nation-wide under the President's Choice label and packaged in white and purple containers that are marked "sensitive to lactose" and "tummy friendly."

Loblaws Companies Ltd. issued a recall of the products over possible contamination of cronobacter, a bacteria that in rare cases can cause serious or even fatal infections.

"Cronobacter can cause rare bloodstream and central nervous system infections and has been associated with severe intestinal infection (necrotizing enterocolitis) and blood poisoning (sepsis), especially in newborns," the Canadian Food Inspection Agency said in an alert.

Food contaminated with cronobacter can make people sick even if it doesn't look or smell spoiled, according to health officials.

The affected President's Choice formula is sold in 648 gram containers that are identifiable by the Universal Product Code 0 60383 12994 1.

The CFIA said families should check and see if they have the recalled product in their home, and to throw it out or return it to the store where it was purchased.

They also urged anyone who believes a family member has become sick as a result of ingesting a recalled product to call a doctor.

Last week, the CFIA issued a similar recall for another President's Choice product, lower iron milk-based powdered infant formula. The agency said that recall was issued in error, and that the lower iron formula is no longer subject to a recall. 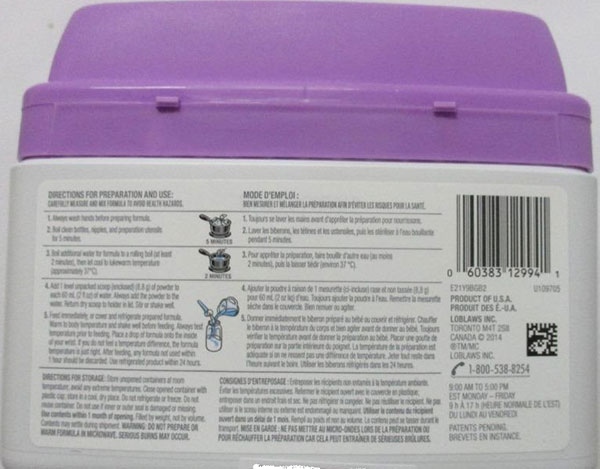