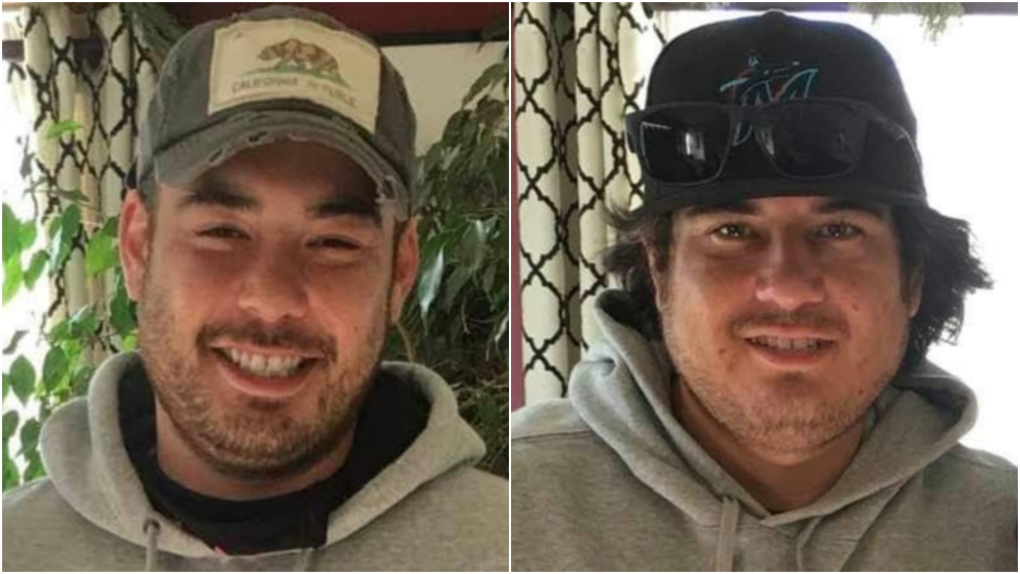 Erick and Carlos Fryer are shown in images provided by the B.C. RCMP Major Crime team.

The bodies found in a remote area on May 10 have been identified as those of Erick Fryer and Carlos Fryer.

The men were 29 and 31, and their deaths are being investigated as homicides. The BC Coroners Service is still looking into how, where and when they died.

Mounties in B.C.'s Southeast District said they were releasing the names in a statement Tuesday in an effort to further their investigation.

The RCMP said they are still trying to determine the person or persons responsible for the deaths, which they believe were not random.

Officers told the public to expect to continue to see a police presence in the area through the week, but that they believe the incident was isolated.

So far, there is nothing to suggest any connection to the ongoing gang conflict in B.C.'s Lower Mainland, the RCMP detachment said.

"Major crime investigators remain open to all possibilities in this homicide case, and renew their call for anyone with more information to come forward immediately," police said in a statement.

Tips can be given directly to the RCMP, or through Crime Stoppers anonymously.