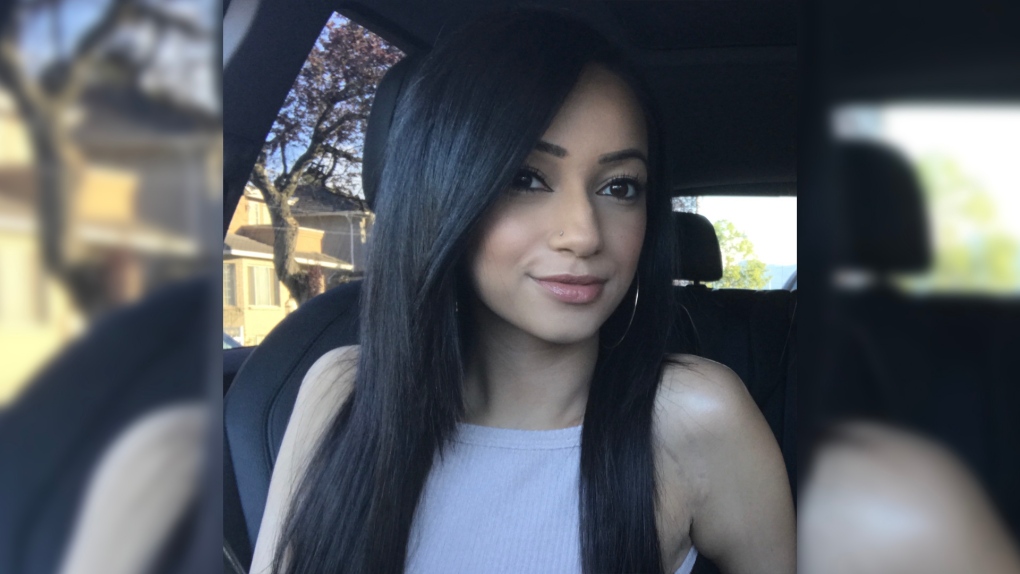 Bhavkiran Dhesi is seen in this undated police handout photo. The 19-year-old college student was killed in August 2017.

VANCOUVER – The ex-boyfriend accused of killing 19-year-old Kiran Dhesi in Surrey, B.C. two years ago has been granted bail as he awaits trial.

The B.C. Prosecution Service confirmed Harjot Singh Deo was granted bail last Friday with a $750,000 surety and $50,000 deposit, but noted the 21-year-old was placed under strict conditions.

Dhesi's body was found in a burning SUV back in August 2017. Authorities haven't publicly revealed how they believe she died, only that she suffered injuries consistent with homicide.

Dhesi, whose full given name was Bhavkiran, was a college student at the time and had no ties to crime or gang activity. At one point, she and Deo were in a romantic relationship.

Deo is charged with one count of second-degree murder and one count of interfering with human remains in connection with her death, and four members of his family have been accused of trying to help him out in the aftermath.

They include the accused's older sister, 23-year-old Inderdeep Deo, and the siblings' mother, 53-year-old Majit Kaur Deo, who are both charged with accessory after the fact to murder.

Gurvinder Deo, 25, and Talwinder Khun Khun, 22, are charged with accessory after the fact to murder as well as indecently interfering with or offering an indignity to human remains.

The next court appearance for all of the accused is scheduled for Nov. 13.