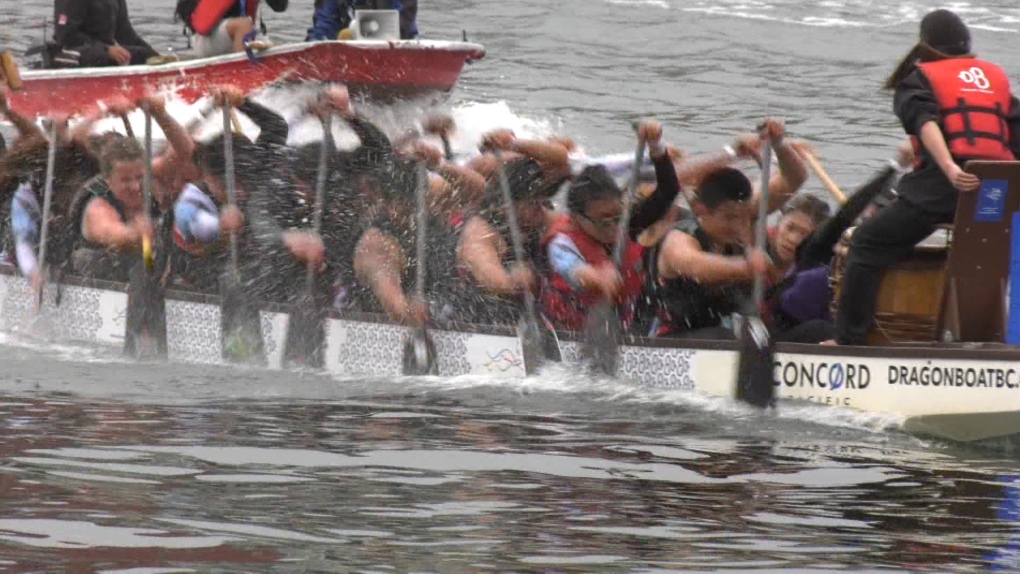 Competitors at the Vancouver Dragon Boat Festival are seen in this file image from June 2019.

VANCOUVER -- The organizers of Vancouver's Concord Pacific Dragon Boat Festival say they were the victims of a significant break-in at their office, right before this weekend's Lunar New Year celebrations.

Dominic Lai, partnerships, marketing and operations director with Dragon Boat BC, says the break-in happened sometime between Sunday night and Monday morning at the group's offices in the Creekside Community Centre. The thieves smashed two holes above their office window's latches, allowing them to crawl in and out of a broken window with the stolen items without triggering an alarm.

There were a number of items taken including computers, ceremonial drums, paddles and a safe. Thousands of lucky red envelopes which had been filled with candy and prizes for this weekend's Lunar New Year festivities were also stolen, which the group is hoping to replace in time for this Sunday's events at the International Village in Vancouver's Chinatown.

"It's just really unfortunate that it happened to hit us at this time of year when we were getting ready for the celebrations," said Lai. "But it's also just disappointing because we are a not-for-profit and we will have to make up the difference just to replace our equipment and replace some of the stuff that we lost."

Lai says a lot of people have expressed support for the group and offered to help, including about 30 volunteers who came by on Tuesday to help make new red envelope packages to replace the ones that had been stolen.

He says this is the first break-in at their office but that the group has had its equipment sheds broken into before. Their boat storage facility was also damaged by a fire in October 2014.

The organization says some of its losses will be covered by insurance, but a GoFundMe page has also been launched to help raise money for the organization. Lai hopes that the break-in will not impact the turnout at this weekend's Lunar New Year celebrations.

"We're just asking people to not let this theft spoil the spirit of the season and to come down to Chinatown anyway and help us ring in the year of the rat this weekend," he said.

We had a break in and theft last night impacting our computers, safes, backups, and even our red envelopes for Chinese New Year. We are currently inventorying the missing items, but as a result, the office will be closed today and tomorrow. The docks continue to be operating regularly.

Thank you to our volunteers for helping us repack our red envelopes! Some might have scurried away on Sunday night, but we’re still excited to celebrate the Year of the Rat this weekend in Chinatown! Link in bio for more info.