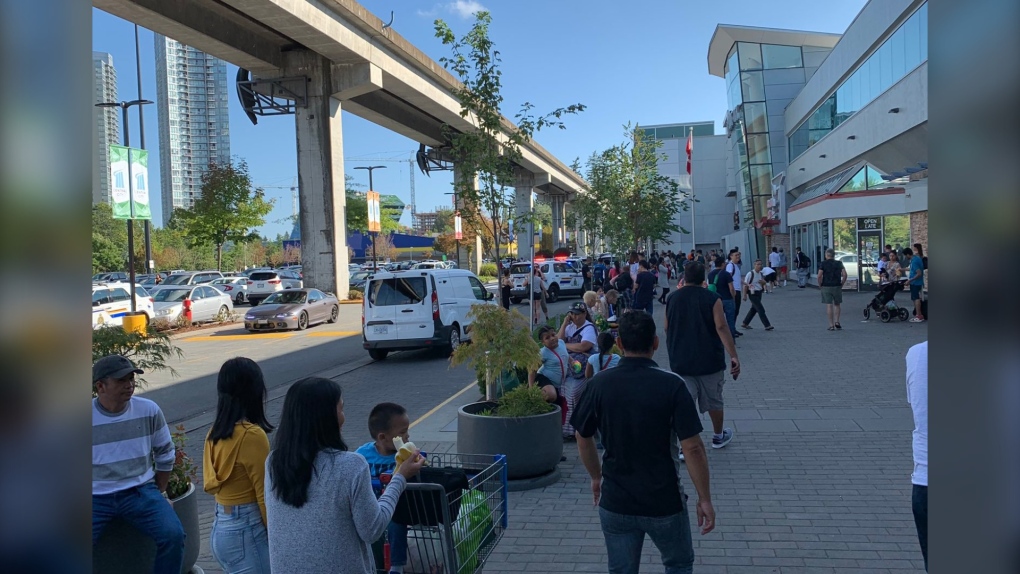 Police and mall security evacuated a busy mall in Surrey Sunday afternoon, leaving shoppers wondering what was going on.

Vincent Benjamin was one of the people evacuated. He told CTV News Vancouver officials did not explain the reason for the evacuation.

Benjamin said people were asked to evacuate calmly. There was no running or shouting, he said.

He said RCMP did not explain the reason for the evacuation when telling people to leave the building. Mall security said there was an "unknown security issue," he said.

Around 5:45 p.m. -- 15 minutes before the mall's scheduled closing time on Sundays -- people were being allowed back into the building.

Police confirmed the evacuation Sunday afternoon, saying that they were called to the scene for a "public safety matter" at one of the larger retailers in the mall.

Asked for more details about the nature of the issue, police declined to comment, saying they couldn't identify the specific store because that store was a victim.

Police said they were able to secure the scene fairly quickly and allow the public to re-enter the building.