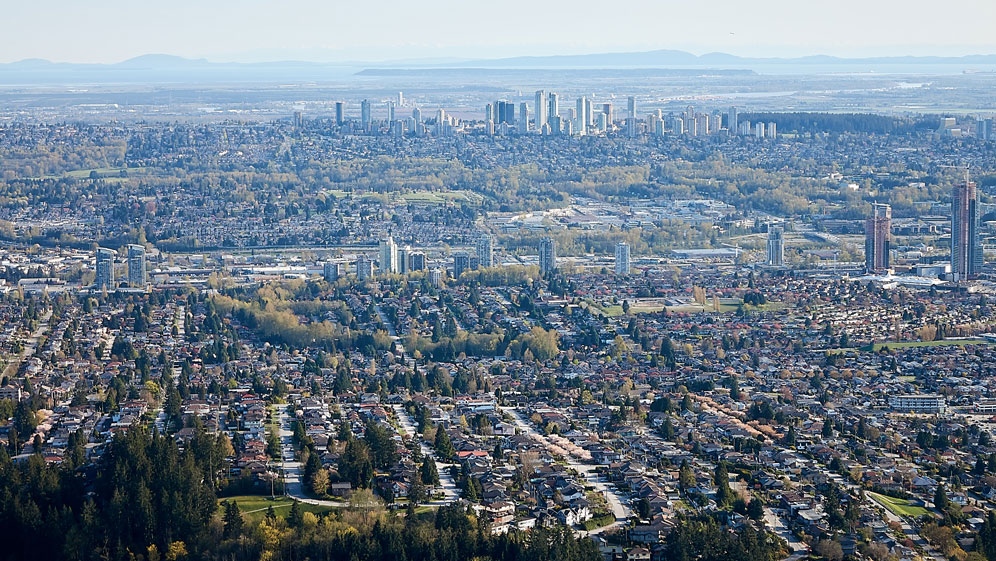 Part of the Burnaby skyline is seen in this image from CTV's Chopper 9. (Gary Barndt)

BURNABY, B.C. - The City of Burnaby says it will be the first in British Columbia to take advantage of the province's new rental zoning laws.

The city says in a news release that it will begin implementation of a rental zoning bylaw aimed at maintaining rental stock at affordable rates.

On Monday, Burnaby council passed a motion asking city staff to implement the bylaw requiring developers to replace all rental suites if an apartment is renovated or rebuilt.

The bylaw requires the replacement units to be in the same neighbourhood, rented at affordable rates and be made available to current tenants.

Legislation passed in May by the provincial government allows municipalities to zone undeveloped property for rental housing and set out a specific number of rental units in a development.

Burnaby Mayor Derek Corrigan says the city has been calling for municipal authority over rental zoning for almost 30 years.

“We were optimistic when the new legislation came in about six weeks ago that allows us the tools to require older market rental buildings be replaced as part of any redevelopment,” he says.

In the past, Corrigan says cities could only attempt to negotiate density in exchange for small numbers of rental suites, but the new legislation gives municipalities the authority to require replacement of rental suites.