Eight small dogs need loving homes after being locked in a crate and abandoned next to a garbage can in a remote Richmond parking lot.

All of the animals were crammed into the same crate which was locked with zap straps.

"It does tug at your heart. You just feel so sorry for them. I mean they were crammed into a crate. They stunk. They were dirty. But friendly. They just wanted out,” said Pat Heineky who found the crate on his way home from work Saturday afternoon.

It was in a gravel lot just off Rice Mill Road near Highway 99, Heineky took the dogs to Dhana Metta Rescue Society in Surrey.

“When I saw them, they were in such horrible condition and they stunk so bad that I took them immediately to get groomed,” said Yuana, who runs the society and requested her last name not be used for privacy reasons.

She also took the dogs to be checked out by a vet. Two walk with limps, likely as a result of previously broken legs that didn’t heal properly, and one has a serious issue with one of its teeth. 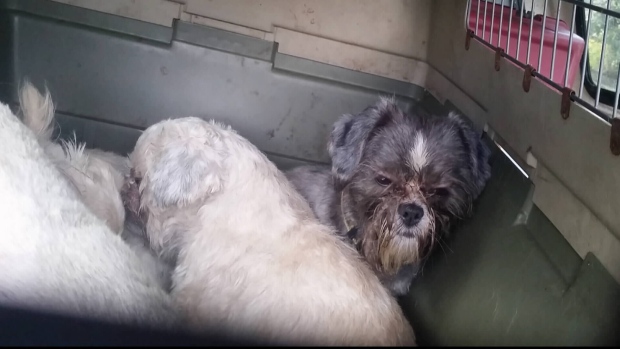 The dogs are social and staff at the rescue society suspect they once had a loving home but their health and grooming were neglected for some time before they were abandoned.

"How could anybody do that? How could you just dump them in a parking lot? Maybe they would never be found,” said Yuana.

For now, two female dogs are being fostered away from the six male dogs because none have been spayed or neutered. 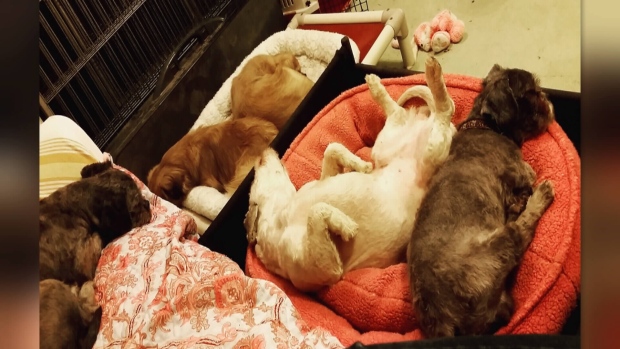 The dogs range in age from about one to five or six-years-old.

Yuana says they will all eventually be placed with foster families to see how they manage in household environments.

"You look at them now and they're on their beds and they're groomed and they're happy and they're cared for. They've gone to the vet. They seem very content now,” she said.

Anyone interested in fostering one of the animals or making a cash donation to help cover the cost of veterinary care can contact the Dhana Metta Rescue Society through their website or Facebook page. 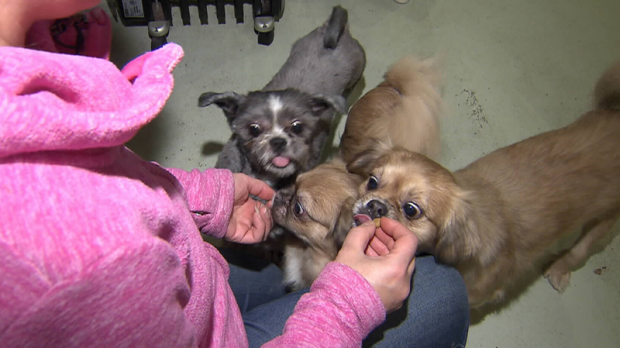