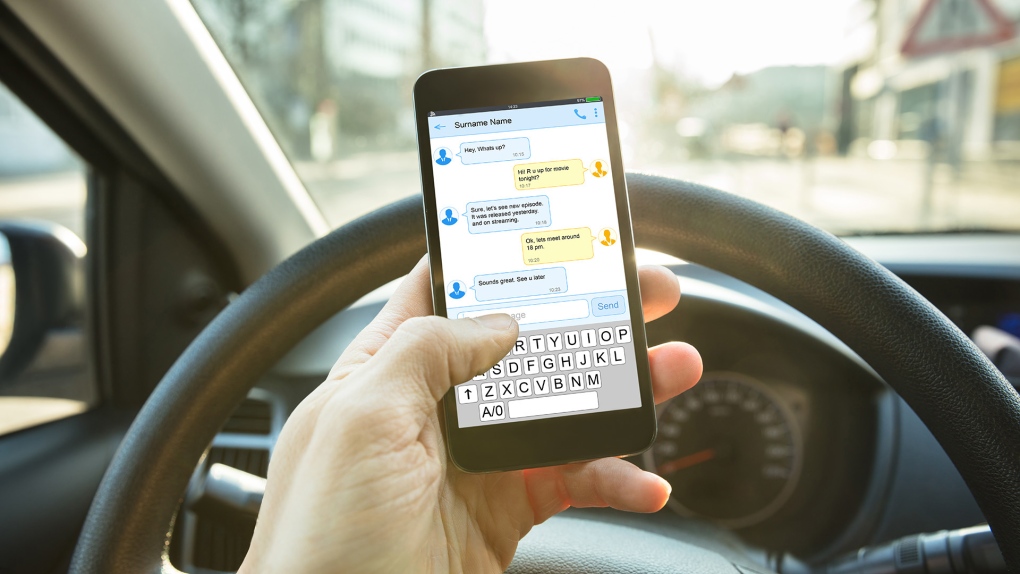 VANCOUVER -- The majority of British Columbians want to see additional penalties for distracted driving, results from a new poll suggest, with nearly three quarters saying they think repeat offenders should have their devices seized.

According to an online survey conducted by Research Co., more than half of British Columbians say they've witnessed a driver talking on their phone or texting while driving over the past month.

Currently, a driver caught using a hand-held electronic device could be fined $368 and get four penalty points against their insurance premium, which is equivalent to $252.

Just about half of B.C. residents think the current fine is "about right." Thirty per cent, however, think the amount is too low, while 14 per cent think it's too high.

But when it came to other possible penalties for distracted drivers, more than half of those polled were in favour of additional measures. Fifty-four per cent said they agree with a driver being suspended for a year.

"British Columbians who voted for each of the province's major parties in the last election are in favour of tougher legislation to curtail distracted driving," says Mario Canseco, president of Research Co.

Results are based on an online study conducted from Dec. 14 to Dec. 16 among 800 adults in B.C. The margin of error – which measures sample variability – is plus or minus 3.5 percentage points, 19 times out of 20.