VANCOUVER -- Richmond Fire-Rescue is investigating after an overnight fire at a scrapyard on Mitchell Island.

The flames broke out just before 3 a.m. Wednesday near Mitchell Road and Eburne Way.

Crews on scene told CTV News a number of cars caught fire, but it's unclear what sparked the blaze.

Massive flames and dark plumes of smoke could be seen from the Knight Street Bridge as a chemical smell filled the air.

A team of 20 firefighters were able to douse the blaze in about an hour.

The yard was believed to be unoccupied at the time and no one was hurt. 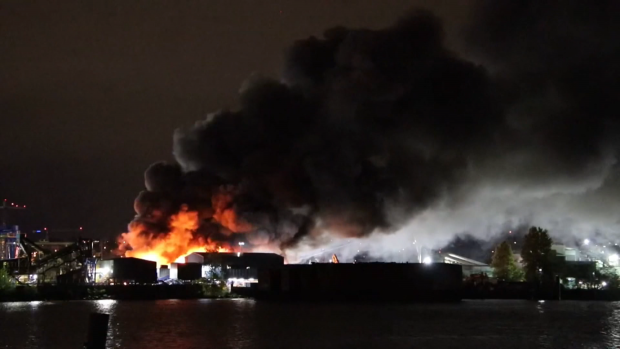