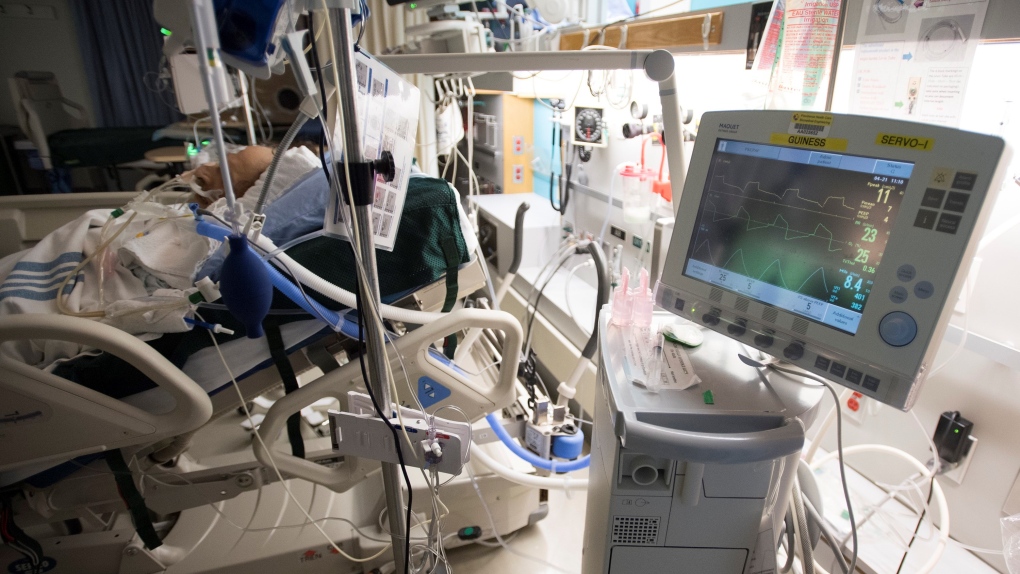 VANCOUVER -- COVID-19 patients admitted to six intensive care units in the Lower Mainland have been less likely to die than those in other jurisdictions around the world, according to new research published Wednesday.

The study, which was published in the Canadian Medical Association Journal, looked at 117 patients with COVID-19 who were admitted to intensive care units in Metro Vancouver between Feb. 21 and April 14.

As of May 5, 85 per cent of those patients were either recovered or recovering from the coronavirus, leaving the six ICUs studied with a 15 per cent mortality rate.

Dr. Donald Griesdale, an intensive care physician at Vancouver General Hospital and UBC professor who was the senior author of the study, said that number is similar to the mortality rate seen across all patients admitted to intensive care units, for any reason.

"Any time you get admitted to an intensive care unit, there's always a risk that you may not survive," Griesdale told CTV News Vancouver.

That was concerning for ICU doctors in B.C. as the virus spread here, Griesdale said.

"As we saw patients and they came through, they came to the ICU, and they got better, we started to realize, no, our outcomes aren't as bad as previously reported," he said. "So, we thought it was really important to get that message out."

While researchers can't say for sure why patients in intensive care in Metro Vancouver have had better outcomes than those elsewhere, Griesdale pointed to three "speculative" factors he believes worked in the region's favour.

Those factors, he said, are strong public health leadership, from officials at both the provincial and local levels, a public that took physical distancing restrictions seriously and followed them closely, and measures taken to increase available capacity in intensive care units, such as cancelling elective surgeries.

"You can't have one of those factors and have good outcomes," Griesdale said. "You need to have everything working together. You need to have strong public health leadership, a public that's committed and listening and doing social distancing and making all those sacrifices they need to make, and also (to) maintain that capacity so that you can provide high-quality critical care. You need all three things. If not, then the system would get overwhelmed."

The hospitals are located in the part of British Columbia hit hardest by the coronavirus pandemic. The vast majority of all cases of COVID-19 recorded in the province have been in one of the two health authorities that cover the Lower Mainland - Vancouver Coastal Health and Fraser Health.

As of Wednesday, there have been 899 confirmed cases of COVID-19 in Vancouver Coastal Health and 1,267 in Fraser Health. Between them, those two health authorities have been home to nearly 85 per cent of the 2,550 people who have tested positive for the virus in the province.