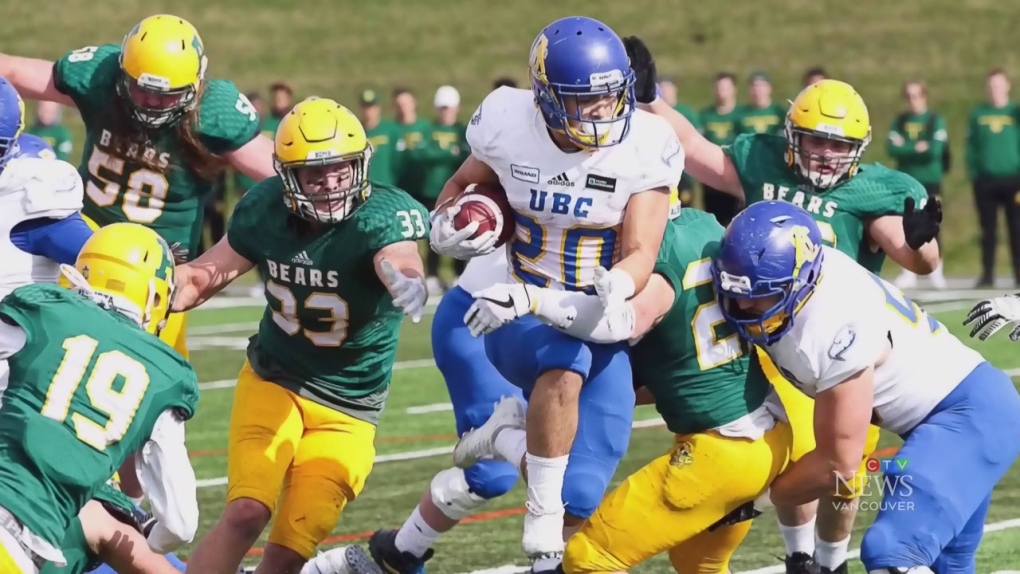 VANCOUVER -- A memorial fund in honour of the 24-year-old who drowned in the Fraser River last week hopes to raise funds for underprivileged youth and student athletes.

On July 5, members of the Canadian Coast Guard removed the body of Kory Nagata from the shores of the river.

Mounties say the Richmond resident had jumped into the water the day before while chasing a football from a dock near the Pacific Gateway Hotel.

"A lot of people ran to his aid, but again the fast moving current swept him down so swiftly that many people in boats were trying to rescue him but he went under the water very swiftly," said Insp. Keith Bramhill.

The next day, as the tides receded in the area, Nagata's body could be seen in the shallow mud flats about 200 metres from where he went under.

Since then, a fund has been set up through the Vancouver Foundation in Nagata's name. The young man was a Hugh Boyd Secondary grad and played football as a running back for the UBC Thunderbirds before continuing his studies at the Sauder School of Business.

"The Kory Nagata Memorial Fund was created to honour his memory by supporting programs that assist underprivileged youth and student-athletes throughout British Columbia," a post on Vancouver Foundation's website says.

"His family hopes to carry on his legacy and his selfless, generous spirit which never failed to draw others to him and help lift them up."