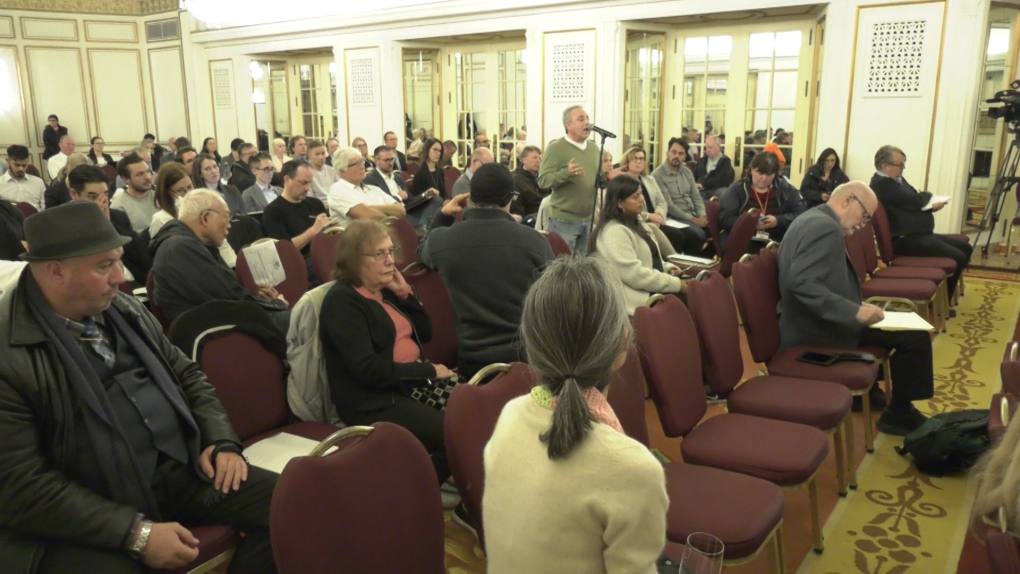 A man speaks at the first public meeting for the provincial money laundering inquiry in Vancouver, B.C.

VANCOUVER - The first of five public meetings on the topic money laundering in B.C. drew dozens in Vancouver Wednesday night.

A team of eight lawyers – known as the Cullen Commission of Inquiry into Money Laundering – has been tasked with listening to concerns and feedback from B.C. residents.

They'll consider money laundering in various sectors including gaming and horseracing, real estate, financial institutions and money services, the corporate sector, luxury goods and professional services. While the team won't be able to convict or find anyone liable, they could bring to light some past political mistakes.

"There is a widespread belief, which is supported by those with relevant knowledge and expertise, that money laundering is well-established and wide-ranging in British Columbia. Several recent studies and reports, as well as media coverage, have brought this state of affairs to light," the commission's statement about the meetings says.

"It would be helpful to the commission team to hear from members of the community regarding their views, opinions and suggestions."

Wednesday's meeting was held in Vancouver, while the next four will be held across the province in the coming weeks.

"We see it as very important that we're reaching out to the people of the province, giving them opportunities to talk to us, tell us their stories, how money laundering has had an impact on people," said Brock Martland, one of the commission lawyers for the money laundering inquiry.

The B.C. government called the inquiry in May following three independent reviews, including two by former RCMP deputy commissioner Peter German, that concluded crime groups were funnelling billions of dollars into real estate, luxury cars, horse racing and other parts of the economy.

The next meeting will be in Kelowna on Oct. 29. Meetings are also scheduled in Victoria, Richmond and Prince George next month. A final report from the commission is due by May 2021.