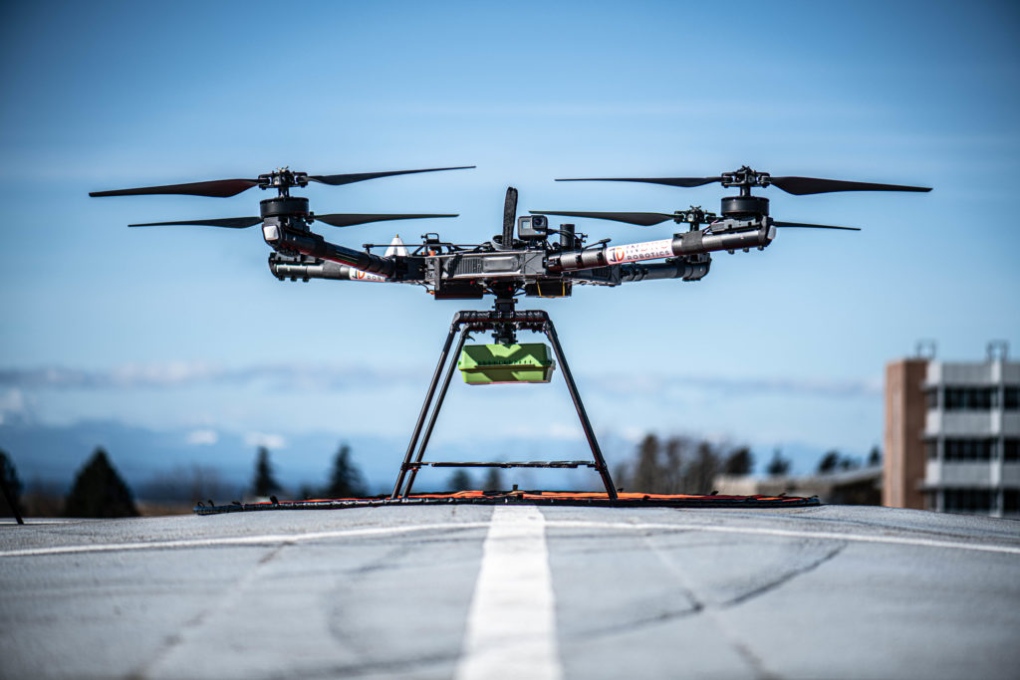 VANCOUVER -- A B.C. university is testing flights enabled with a 5G drone to show how medical supplies could be delivered to remote communities.

InDro Robotics, a Vancouver-based drone research and development company, led the trials last week in collaboration with engineers at the University of British Columbia. The university says the trials were Canada’s first unmanned aerial vehicle flights over a 5G network and could lead to many future applications including delivering supplies to remote communities.

Researchers explained the drones usually communicate using radio frequencies. But the two drones tested used UBC's 5G network, without any additional navigation from ground operators. They completed tasks such as picking up and dropping off a box. The 5G technology allows video and data to be shared live among multiple users.

InDro says the trials went off without a hitch. The next step in their tests is control of multiple drones at the same time over the 5G system, which will expand the use options.

“Engineers in their office can inspect critical infrastructure in the field. First responders can share images and the ability to control the drone or camera from an off-site command centre," said Philip Reece, InDro Robotics president and chief executive officer, in a news release.

The UBC research group, which conducted the trials with InDro and Rogers 5G technology, says future applications could include use during natural disasters like wildfires as well as providing security services and traffic monitoring.

“UBC’s partnership with Rogers has further developed our campus as a living lab concept, enabling our researchers and partners from the public and private sectors to explore and develop real-world 5G applications with positive social as well as potential economic impacts,” said Dr. Gail Murphy, vice president, research and innovation at UBC, in the release.

The fifth generation of cellular networks, 5G is expected to expand consumer use, like phone calls, text messaging and web browsing, to benefit large-scale industrial and government uses.