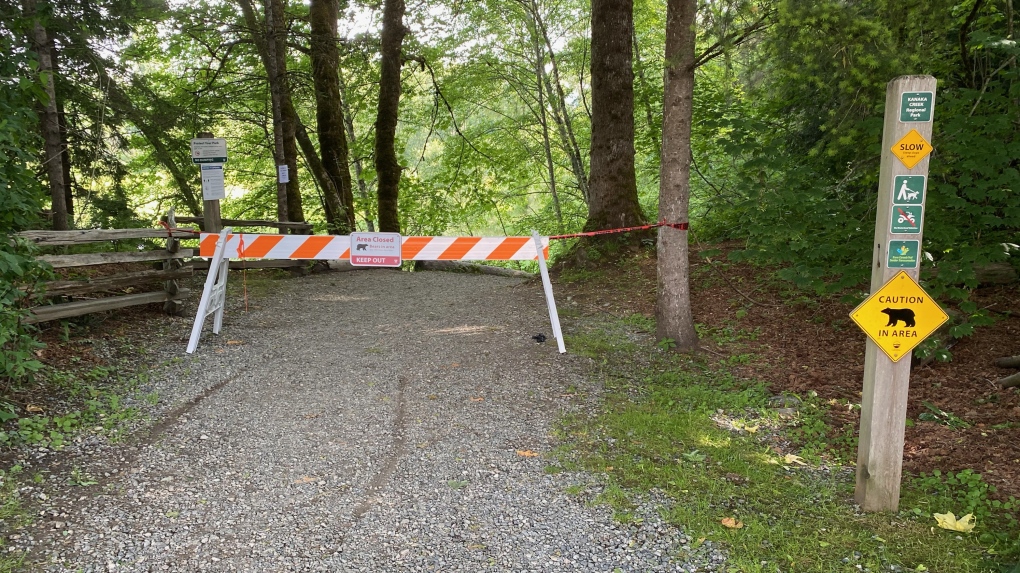 A trail in Maple Ridge has been closed temporarily due to a bear sighting. (Metro Vancouver Regional Parks)

VANCOUVER -- Some trails in a Maple Ridge park were closed temporarily after a young bear briefly followed a park visitor over the weekend.

According to Metro Vancouver, the trails near the Rainbow Bridge in Kanaka Creek Regional Park have been closed since Saturday after a visitor was followed by a "non-aggressive bear."

"As a precaution, and in collaboration with conservation officers and the City of Maple Ridge, Metro Vancouver Regional Parks closed the area to give the bear some space, as it may just be passing through the area," said Tyler Langeloo, supervisor of park operations with Metro Vancouver, in an emailed statement.

"Staff continue to monitor the area (including checking the barricades and signage every few hours) and are assessing next steps."

Nicole Caithness, conservation officer for the Fraser North Zone, says it's not unusual to see bears in the area this time of year and this particular yearling hasn't displayed any unusual or aggressive behaviour.

"He's probably just trying to find his own piece of turf, so to speak, and forage for food," she told CTV News Vancouver.

"He probably just happened to be walking down the trail at the same time as the people who encountered him, but there was no indication of any aggression or predatory behaviour."

A notice on Metro Vancouver's website, which asked people to stay away from the area, also says anyone who sees a bear should stay back 100 metres and choose an alternate route. If anyone has a close encounter with a bear, they shouldn't run, but face it and slowly back away, talk to it in a confident voice and ensure the bear has a clear exit.

"Even in some of these slightly more urban parks, we do have a lot of wildlife be it bears, cougars, coyotes," Caithness said.