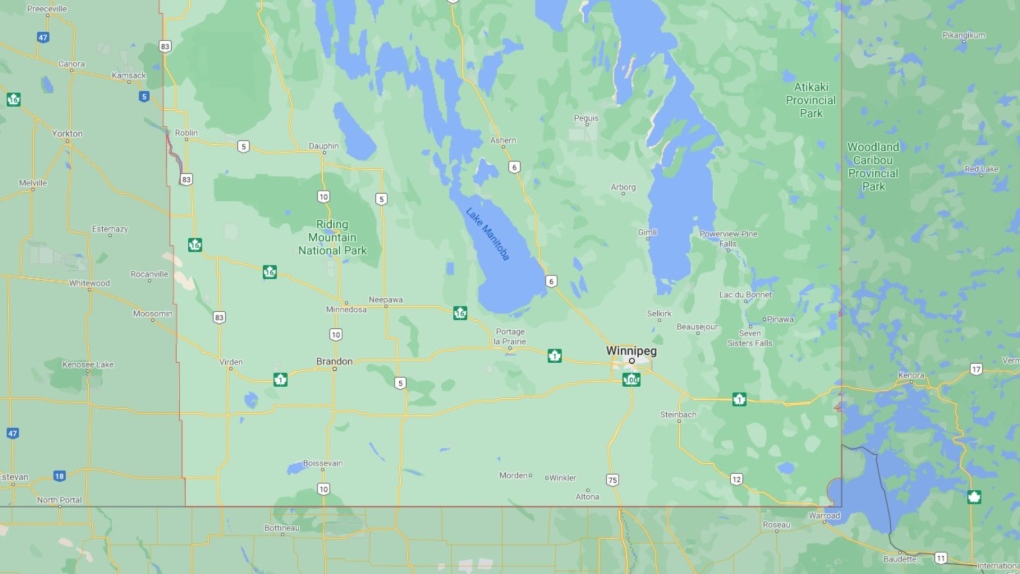 Some of the routes in and out of Manitoba are seen in an image from Google Maps.

VANCOUVER -- The press secretary for the Manitoba government has responded to B.C. Premier John Horgan's claim that there are only "four roads" in and out of the Prairie province.

Horgan made the remark on Wednesday while explaining why British Columbia would not be following Manitoba's lead and imposing a two-week quarantine on arriving visitors who are travelling for non-essential reasons.

Many people were quick to point out the error in Horgan's comments on social media, noting there are actually dozens of roads connecting Manitoba and Saskatchewan alone.

"I used to live a mile from the Saskatchewan border and can count at least 6 different roads that we used regularly for travel between home and various points just inside Sask. where we did most of our business and sports. And that’s just one little corner of Manitoba," one Twitter use wrote.

On Thursday, Manitoba press secretary Judy Braun offered her own tongue-in-cheek response to the suggestion there are only four routes in and out of the province.

"Do you mean planes, trains, automobiles and boats? We've also got snowmobiles, ice roads and snowshoes! But to fact check Premier Horgan, there are more than four ways to travel in and out of Manitoba," Braun said in an email.

The differences between B.C. and Manitoba weren't the only reasons Horgan cited for the province's decision not to require non-essential travellers to self-isolate for 14 days upon their arrival. He also suggested there's a lack of evidence that doing so would be beneficial.

"The public health evidence is not there at this time," Horgan said, adding that provincial health officer Dr. Bonnie Henry has promised that "when that evidence is there, she'll present it to me."

In the meantime, Horgan stressed that he expects non-essential visitors in the province to abide by local rules and restrictions.

"You better follow our public health guidelines or we'll come down on you like a ton of bricks," he said.

Manitoba’s new quarantine requirement came in effect at midnight Thursday, but doesn't apply to people who arrive for essential purposes, including medical treatment.

When announcing the measure, Premier Brian Pallister highlighted worries about the COVID-19 variants that have already arrived in Canada and could accelerate the spread of the disease.

Popular B.C. tourist attractions including Butchart Gardens, PNE promised up to $1M from the province