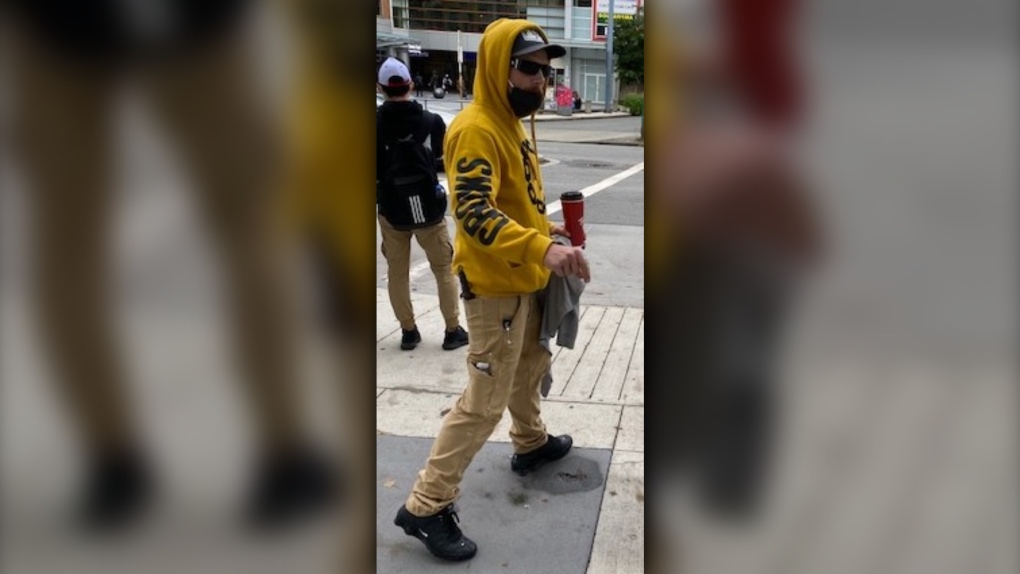 Police are asking for the public's help identifying three suspects involved in a possible hate crime near Metrotown SkyTrain Station on Sept. 26, 2020. (Handout)

VANCOUVER -- Police are asking for the public's help identifying three suspects after a man was racially taunted and then doused with coffee in Burnaby.

Authorities said the victim was near the Metrotown SkyTrain Station when people started shouting things like "Go back to your country" at him on Saturday afternoon.

One man then approached and poured coffee over the victim's head, according to police, who described the incident as a possible hate crime.

"Discrimination in any form has no place in our wonderfully diverse city," Cpl. Mike Kalanj with Burnaby RCMP said in a news release.

"While we are thankful that the victim was not physically injured, we are mindful of the long-lasting effects that incidents like this one can have on those being targeted, so it is hugely important that we identify these suspects quickly."

The suspect who allegedly poured the coffee is described as a white man in his 40s who was wearing a yellow hoodie, beige pants and a black hat.

The other two suspects were a man and a woman who were wearing dark clothes. The woman had blonde hair that was in a ponytail, and the man was wearing a black hat that was on backwards.

On Tuesday, Burnaby RCMP shared images of the suspects and asked anyone with information on their identities to contact them.

People who want to stay anonymous can also reach out to Crime Stoppers.