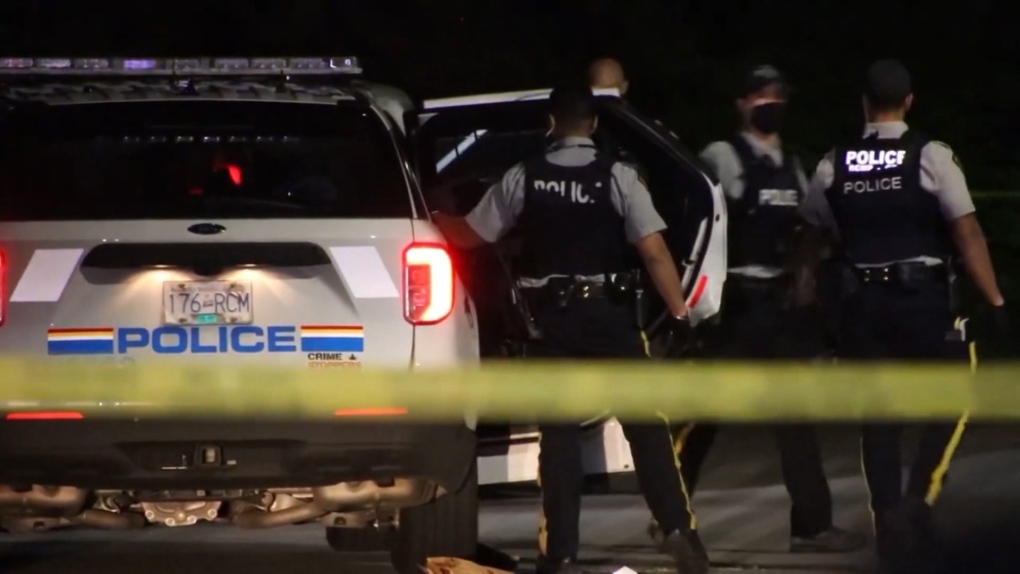 RCMP officers respond to a shooting in Surrey, B.C., that left a woman fatally injured on May 4, 2021.

VANCOUVER -- A suspect has been charged in connection with a shooting that killed a 20-year-old woman in Surrey's Guildford neighbourhood earlier this week.

The Integrated Homicide Investigation Team announced Thursday that one count of second-degree murder has been approved against 24-yea-rold Ali Khudhair.

The suspect was arrested "soon after police arrived at the scene" of the shooting on Tuesday, IHIT said in a news release.

Officers said they received reports of gunfire at a home near 161A Street and 98 Avenue at around 9 p.m. that night. They arrived to find the victim, identified by police Thursday as Keryane Arsenault, suffering from gunshot wounds.

The victim was rushed to hospital, but could not be saved.

The Integrated Homicide Investigation Team took over the case on Wednesday. Few details about the shooting have been released, including the relationship between the suspect and victim.

"We don't know exactly what the relationship was. We know they are not family and we know it's not an intimate relationship," Sgt. Frank Jang said this week.

Authorities also said they don't believe the shooting was "gang-motivated."

Even though charges have been approved, IHIT is continuing to investigate the shooting and asked anyone with information to contact its tip line at 1-877-551-4448. Tipsters who want to remain anonymous can instead call Crime Stoppers at 1-800-222-8477.