Man charged in high school stabbings should be found guilty of murder: Crown 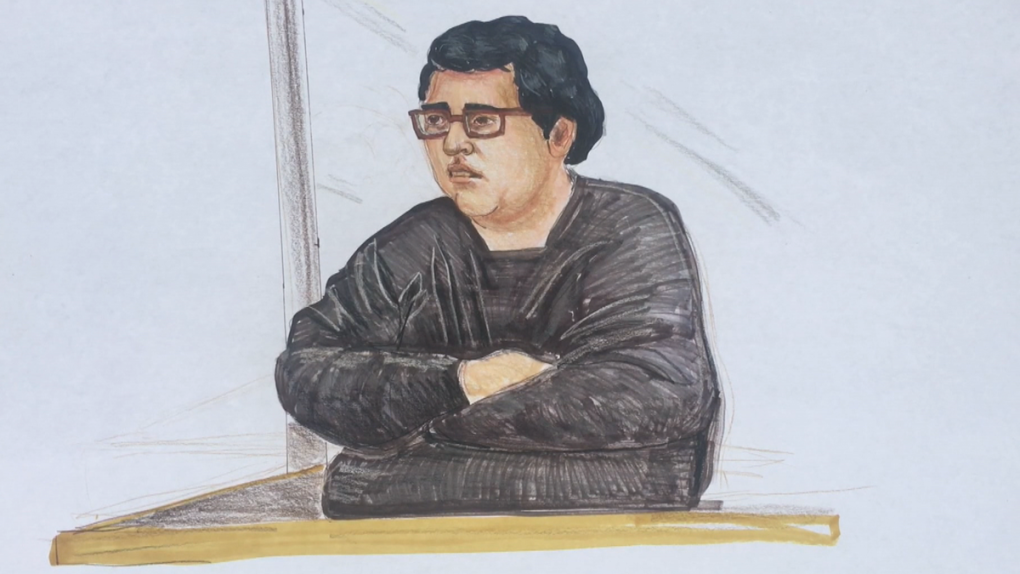 NEW WESTMINSTER, B.C. -- The man accused of carrying out a stabbing attack at an Abbotsford high school in 2016 should be found guilty of murder, according to prosecutors.

The crown has now concluded their closing arguments in the trial of Gabriel Klein, who is charged with second-degree murder and aggravated assault in connection with two stabbings at Abbotsford Senior Secondary on November 1st, 2016. The attack killed 13 year-old Letisha Reimer, and seriously wounded another student. Klein has pleaded not guilty.

Prosecutor Rob Macgowan told the court there is no evidence Klein would not have been aware of the consequences of his actions.

"There is no psychiatric evidence whatsoever as to Mr. Klein’s state of mind at the time of the stabbings, much less any evidence that his ability to form an intent for murder would have been adversely affected by the mental illness from which he now suffers," Macgowan said.

"For these reasons, the crown submits that this is a case much like those where the nature and brutality of the killing lead inexorably to the conclusion that the accused meant to cause death, or meant to cause bodily harm likely to end in that result."

The crown has said it has never been in dispute that Klein was the person responsible for the attack. The defence did not present evidence or call witnesses in the case, and Macgowan pointed out Klein has not raised the defence of not criminally responsible due to a mental disorder.

Macgowan said crown and defence both agree the only available verdicts on the count related to the fatal stabbing is guilty of second-degree murder or the lesser included charge of manslaughter. The defence is set to present closing arguments on Wednesday.

In his second day of closing arguments on Tuesday, Macgowan pointed out inconsistencies in Klein’s behaviour in the days following the stabbings, and said there is evidence some of his actions during that time were "deliberate" and "feigned."

Macgowan said while Klein was initially compliant with police, and appeared calm and alert, his behaviour later changed, and added the evidence before the court provides no medical explanation as to why.

"Now we can’t obviously, as was mentioned in one of the cases, look into the mind of the accused to know what his exact thought processes were, but it certainly may be the gravity of Mr. Klein’s situation was sinking in for him," Macgowan said.

Macgowan referred to testimony about Klein having a shaking episode, which doctors testified was not consistent with seizure behaviour, and alternating between being calm to screaming and thrashing. Macgowan also brought up testimony about court appearances where Klein had to be put in a wheelchair, when corrections records show he was capable of moving.

"There is little in the way of evidence before the court that would connect that behaviour to any particular mental illness," Macgowan said. "In the crown’s submission, the way Mr. Klein was behaving was one that one might reasonably expect someone who was trying to appear mentally ill to behave."

On Monday, Macgowan went over evidence from psychiatrist Dr. Samantha Saffy, who spoke to Klein in the days following the stabbings. She testified Klein told her he thought about attacking a police officer to get the police to kill him, and planned to use the defence of not criminally responsible in his trial. She also told the court Klein said the students who were stabbed initially looked to him like "monsters" describing one as a grey owl, and the other a "shape-shifting witch." Macgowan later referred to those comments as "self-serving" and "inherently untrustworthy."

Macgowan told the court the evidence shows Klein was angry, desperate and hopeless at the time of the attack. He also pointed to evidence related to Klein’s activities in the days prior to the stabbings, which included attending a hospital and shelter.

"This evidence paints a picture of Mr. Klein as being lucid and purposeful in his actions, and goal-directed," Macgowan said. "The crown submits this is entirely consistent with his being able to form the requisite intent for murder."

Multiple witnesses testified Klein told them he wanted to go home to Alberta, and wanted to talk to his family, in the days leading up to the attack.

One shelter worker testified she had spoken to Klein’s mother and she only wanted him to contact her via email.

Another worker told the court she gave Klein directions to the public library attached to the high school so he could use the computer there.

The court heard testimony that on the morning of November 1st, 2016, Klein became "verbally aggressive" according to one shelter worker after she wouldn’t help him call his mother. She testified he also wanted a bus ticket, and ended up clearing out his locker and leaving the shelter that day.

The crown maintains Klein stole a hunting-style knife from a Cabela’s outdoor and sporting goods store just after noon on the day of the stabbings. Security video from that store was also played in court during the trial.

Earlier this year, the BC Review Board found Klein fit to stand trial, after hearing in 2018 he had been diagnosed with schizophrenia. In January, Klein’s lawyer said there was a change in his medication and his mental state had improved.