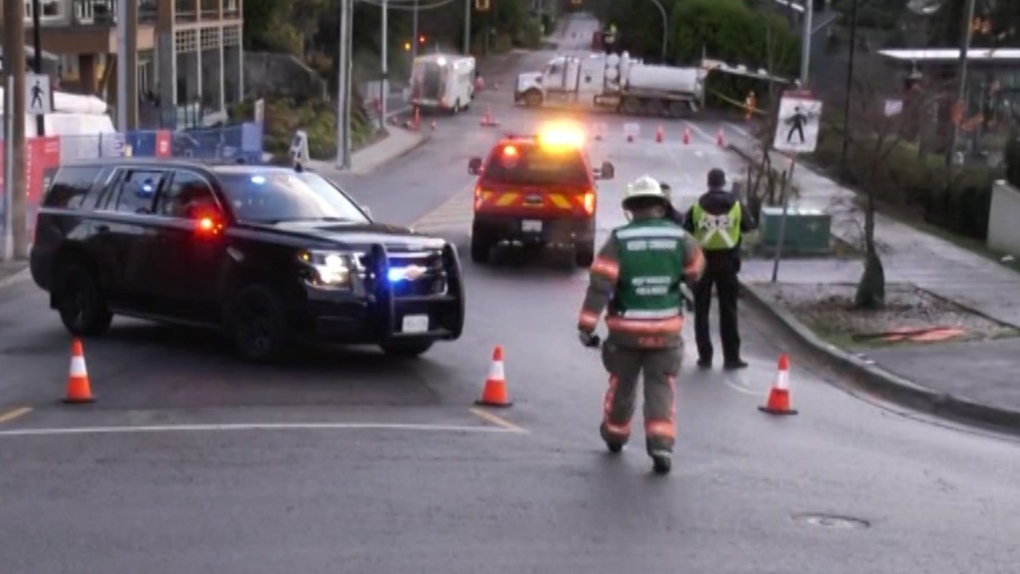 Crews responded to a gas leak in West Vancouver early on Dec. 3, 2020.

WEST VANCOUVER, B.C. -- A large stretch of Taylor Way was closed to traffic for several hours due to what’s being described as a major natural gas leak that happened during overnight construction.

The West Vancouver Fire Department says the leak was caused by excavation work happening at a construction site near Taylor Way and Keith Road.

Fortis says it was notified of the leak around 2:15 a.m. were on site for several hours.

“Right now it’s being vented. They have equipment in place to decrease the concentration so it’s safe for the people and the residents, but we are keeping an evacuation zone,” Assistant Chief Matt Furlot with the West Vancouver Fire Department said Thursday morning.

The smell of natural gas in the Park Royal area has been strong through most of the morning.

“The concentrations are very low but you still smell that rotten egg smell. That’s what people are smelling in the Park Royal area, and that’s normal. We’ve had Fortis gas go and inspect the area and monitor, and the area is safe,” Furlot added.

While five homes were evacuated, the Amica Lions Gate care home for seniors on the corner near the construction site is not one of the properties being affected.

Fortis says gas service to about 80 homes in the area was turned off during the repairs, as part of the system has to be shut down.

Taylor Way was closed until about 3 p.m., at which time it began to reopen to traffic.