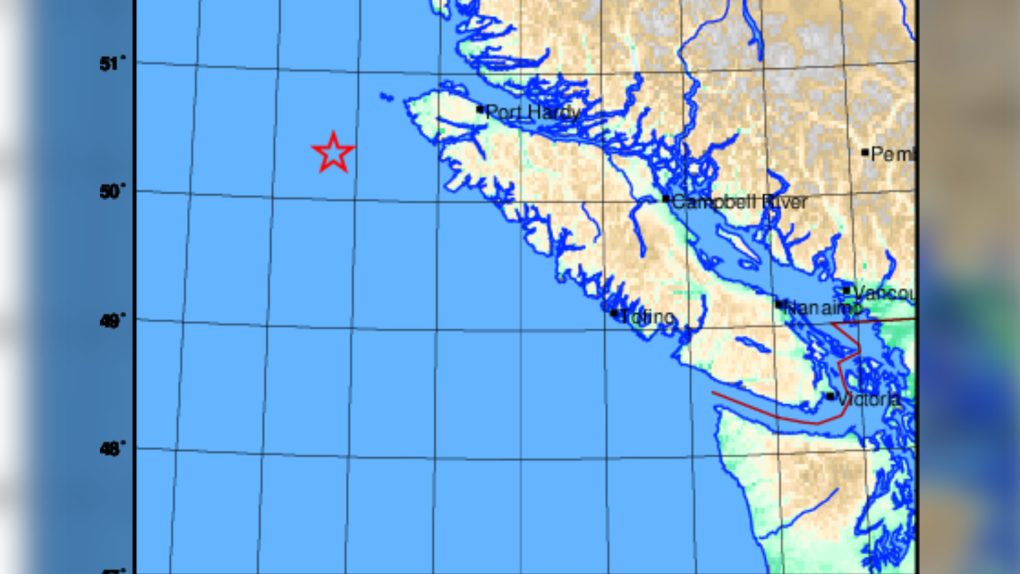 VANCOUVER -- A magnitude 4.9 earthquake was detected off the coast of Vancouver Island Friday night, according to Earthquakes Canada.

The federal agency lists the location of the quake as 129 kilometres west of Port Alice, B.C., at a depth of eight kilometres.

The earthquake was detected just before 7:15 p.m. and was not felt. No damage has been reported, and none would be expected, according to Earthquakes Canada. No tsunami is expected.

Friday's quake was the second with a magnitude over 4 to be recorded in May in the same general area of the Pacific Ocean.

Another earthquake, with a magnitude of 4.5, was detected 112 kilometres south-southwest of Port Alice on May 9.