Lynx captured in Kamloops will be relocated if healthy: conservation service 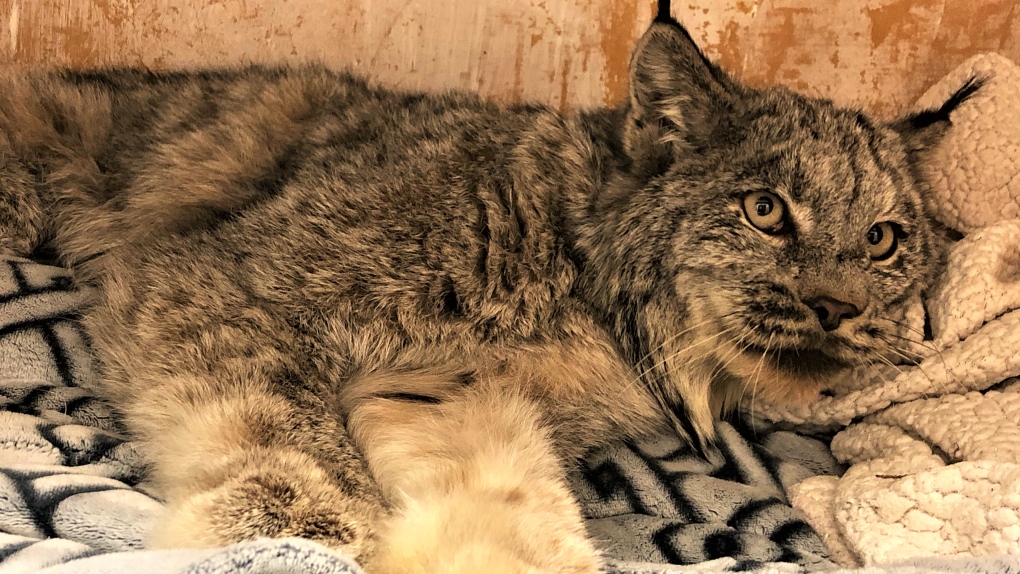 A lynx is shown in a photo posted to Twitter by the B.C. Conservation Officer Service.

VANCOUVER -- A female lynx has been captured in Kamloops, the B.C. Conservation Officer Service says.

In a post on Twitter, the BCCOS says the feline was spotted several times in residential areas, and was "safely" taken in by its officers.

Lynx are generally reclusive, avoiding humans and populated areas, the service says. Because of its presence near homes, it has been taken in for care and assessment.

Conservation officers say the adult female will be examined at the B.C. Wildlife Park, a conservation and tourism facility located in the same city.

If the lynx is deemed healthy, it will be released back into the wild, BCCOS says.

A lynx is a medium-sized cat with a short tail, thick fur, long legs and large paws.

They can be found across B.C., but are rarely found west of Hope, the provincial government says.

Encounters are not common, and lynx are not even listed on a government page outlining safety tips for wildlife.

A post on the Ontario government's website offers tips on what to do and not to do during a lynx or bobcat encounter:

If the cat doesn't run away, be more assertive by shouting, waving arms and throwing things, the province says.

To avoid conflicts, watch for signs of animal activity, make noise, keep pets leashed and travel in a group.