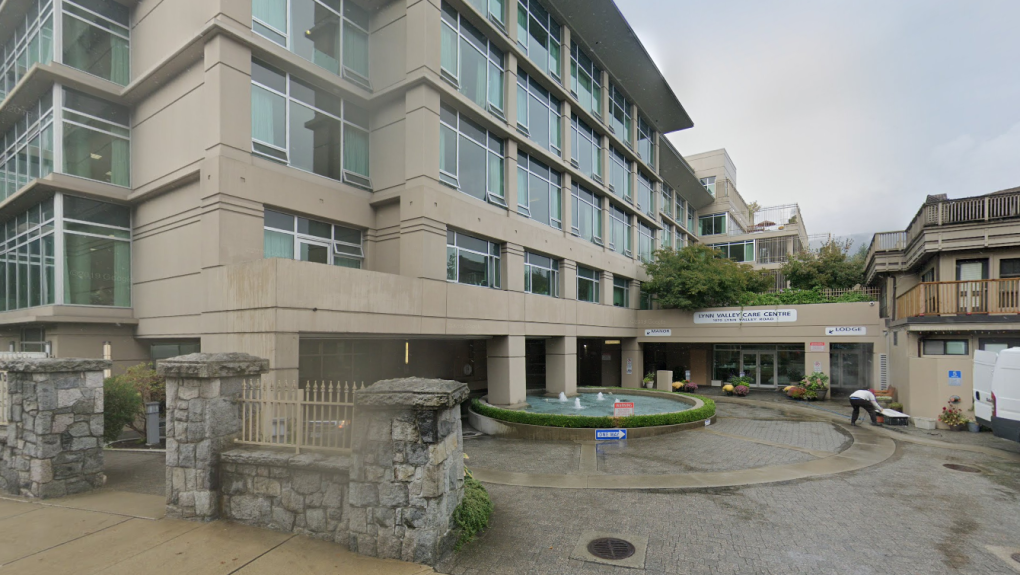 The Lynn Valley Care Centre can be seen in this Google Map images captured in September 2019. (Google Maps)

VANCOUVER -- Care aides at the Lynn Valley Care Centre in North Vancouver voted 97 per cent in favour of joining the Hospital Employees' Union in a mail-in ballot.

A release from the union says the care centre was the site of Canada's first death related to COVID-19 and an outbreak there claimed 20 lives before it was declared over in May.

Jennifer Whiteside, a union spokeswoman, says the workers were among the first to face the risks of working in a long-term care home with an outbreak of the disease.

The care aides are employed by Pro Vita Care Management and the union says it represents Pro Vita staff at nine other seniors' care facilities.