CTV News Vancouver, with a report from Nafeesa Karim

Most people don't get to meet their heroes in person, but one Surrey woman got to meet the man who saved her life Monday.

They were strangers up until four years ago when the U.K. man's act of kindness allowed her to live.

Daljit Sanders was 27 when her life changed forever.

On Jan. 7, 2014, she was diagnosed with blood cancer and her chances of survival were slim unless she received a stem cell transplant.

Her mother, two sisters and brother were tested but none of them was a match.

The pool of possible donors was especially small for Sanders because only six per cent of the stem cell registry is made up of people of South Asian descent, according to Canadian Blood Services.

A worldwide search turned up a match in the U.K.

"I signed up in October 2013 and exactly a year later, I got a call saying I've got a match," Gurmail Sagoo told CTV News. "I'm happy my stem cells helped save someone's life."

Sanders was admitted to Vancouver General Hospital for her transplant 13 months after she was first diagnosed.

"I don't have words to describe what it's like to have more time with my family," she said. 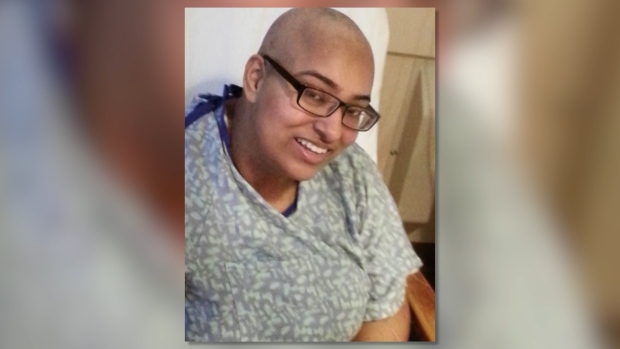 A couple of years after the transplant, Sagoo sent Sanders a card, saying, "To you, hope all is well."

At that point, the pair had not exchanged names.

Shortly after, in March 2017, Sanders' request to contact her donor was approved and Sagoo sent her an email with a few photos of himself and his family.

"I have been so fortunate to be in regular, almost daily, communication with him ever since. We've spoken on the phone a few times, but the time difference can make it difficult to talk on the phone," Sanders said.

Sagoo, his wife and two children travelled from the U.K. to meet Sanders for the first time. 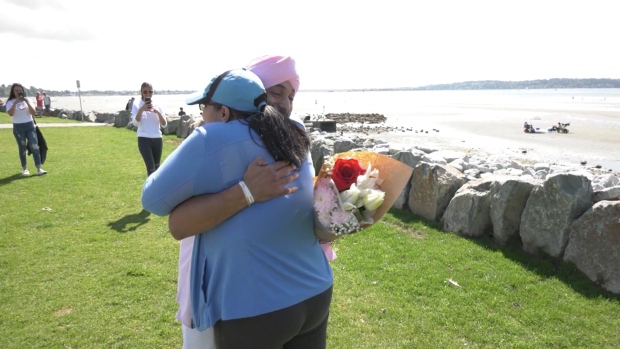 "His blood, his DNA runs through my veins and meeting the person that saved my life is like meeting the guardian angel I never knew I had," she said.

The pair is sharing their story in hopes it will encourage more people to become part of the registry.