Layoffs at B.C. hospice that refused to offer medical assistance in dying 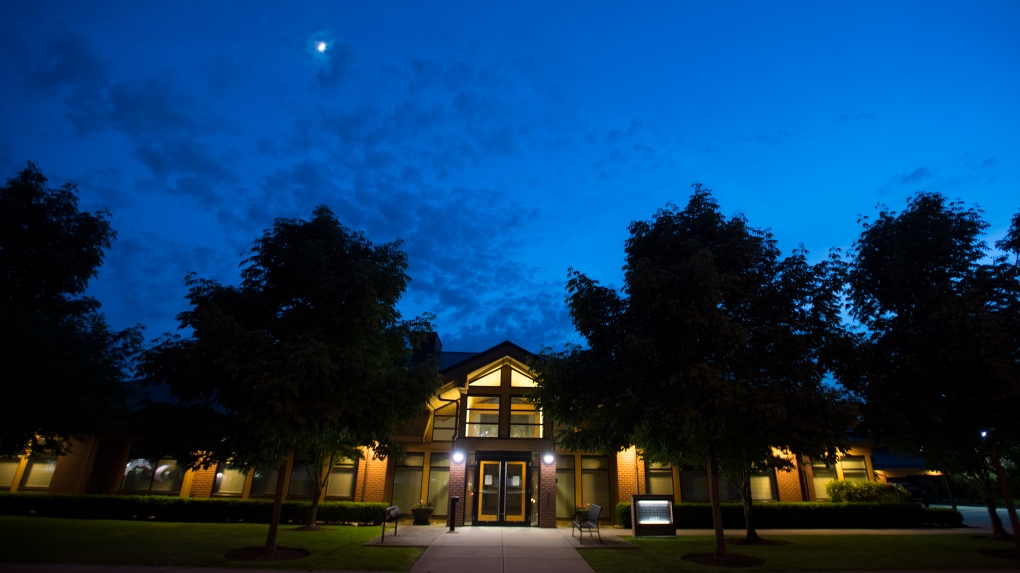 The Harold and Veronica Savage Centre for Supportive Care is pictured in Delta, B.C, Thursday, May 28, 2020 (THE CANADIAN PRESS).

DELTA, B.C. -- A British Columbia hospice that refused to offer medical assistance in dying has sent layoff notices to all clinical staff before its contract with the local health authority ends next month.

The Delta Hospice Society board said in a news release Friday that it deeply regrets “being compelled” to take the action due to Fraser Health cancelling its contract over its refusal to comply with a provincial policy requiring hospices to provide assisted death.

Board president Angelina Ireland said the 10-bed Irene Thomas Hospice in Delta, B.C., was a “sanctuary” for dying people who did not want to be in a facility that provided medical assistance in dying, also known as MAiD.

“These people as Canadians have a right to be in a place where there is not MAiD offered. If people want MAiD, and of course we've never fought that or debated that, we have a facility right next door to us,” she said in an interview, referring to Delta Hospital.

“Now, what they can't have is an authentic palliative care facility.”

Fraser Health announced last year it would cancel the society's service agreement and lease as of Feb. 25, 2021, pulling $1.5 million in annual funding that had covered most of the costs to operate the hospice on health authority-owned land.

At the time, Health Minister Adrian Dix said the government would work to ensure Delta residents still had access to those 10 hospice beds, either at the existing facility under public management or at a separate site.

Fraser Health spokeswoman Carrie Stefanson said in a statement Friday that the health authority's focus continues to be on the care provided to hospice patients during the final month left in the contract and any transition period that takes place.

“We are working on a transition plan and will have more to share soon,” she said. “We have made repeated efforts to work with the current society, including the plan for staff. These efforts have been unsuccessful.”

Fraser Health will work with the provider and the union to ensure all hospice staff who received layoff notices from the society will have employment opportunities within the health authority if they want them, she added.

Ireland would not say how many employees received layoff notices or how many patients were currently in the facility.

Chris Pettypiece, a former society board member and spokesman for a group called Take Back Delta Hospice, said the current board failed in its responsibility to provide palliative care to the community and has now failed as an employer.

“They had a choice to do things differently that wouldn't have led to this outcome,” he said. “They've turned a blind eye to this community's wishes overall and they've proceeded in pursuit of their agenda.”

He said he is continuing to call on the board of directors to resign and he hopes that Fraser Health will step in to fill the gap in palliative care.

Pettypiece said board members opposed to assisted dying “stacked” the society's membership with people aligned with those views, to elect board members who agreed with them and oust those who did not at an annual general meeting in November 2019.

He was among those who eventually lost their positions on the board.

Ireland responded that it was merely the will of the membership to elect a board that opposed assisted death, and she called on Pettypiece to create his own hospice society that corresponds with his opinions rather than continue to focus on hers.

The Delta Hospice Society has lost legal bids to reject members based on their apparent views around medical assistance in dying, most recently at the B.C. Court of Appeal in November.

The court dismissed an attempt by the society board to reject membership applications from those who didn't agree with the society's position that Christian morals prevent the hospice from giving the end-of-life service that is legal in Canada.

This report by The Canadian Press was first published Jan. 8, 2021.