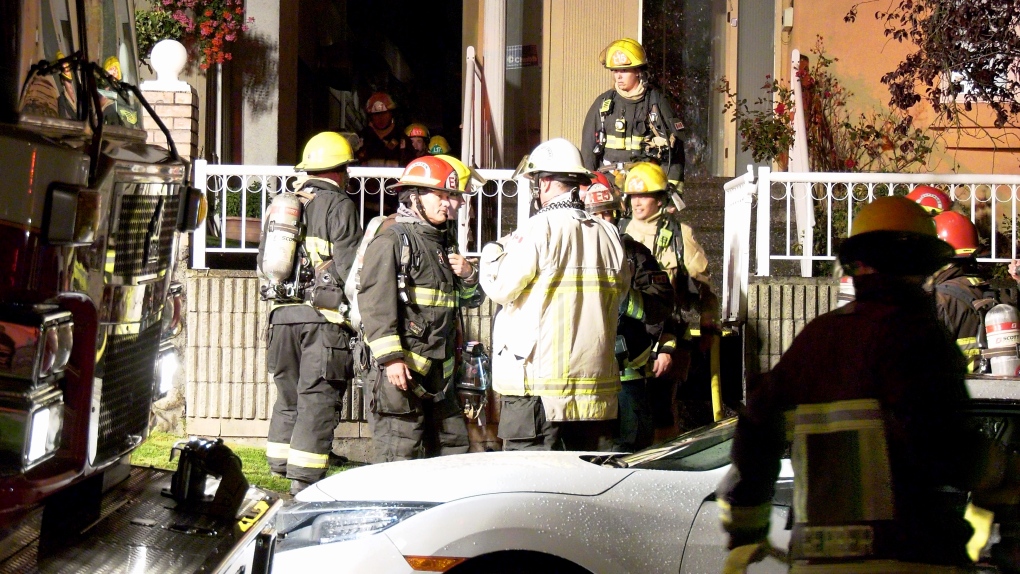 Crews were at a fire in an East Vancouver home Monday night.

A late night fire outside the basement suite of an East Vancouver home is being investigated by fire crews.

The fire happened near Rupert Street and East 6th Avenue, where 26 firefighters quickly sprung into action making it a working fire assignment.

"They went to the rear of the house with a fire attack group of six people, and basically extinguished the fire from what they saw and made sure it didn’t extend into the building," said Murton.

Two people and a dog were displaced at the time of the fire but have since returned home, there were no reported injuries.

There is some smoke damage to the suite, but most of the fire damage is limited to the exterior of the home.

Murton added that the fire crews "did a great job. It was very fast. if it could have been another few minutes or so, it would have extend into the building through some of the exterior building material, but they did a good job stopping it."

The cause of the fire is being investigated by the fire investigator with the assistance with Vancouver police according to Murton.

A small fire in an exterior of a East Vancouver house was quickly knocked down by @VanFireRescue @IAFF18. Fire is being investigated by the fire investigator and Vancouver Police. Details on @CTVVancouver pic.twitter.com/W2LvF3y83k