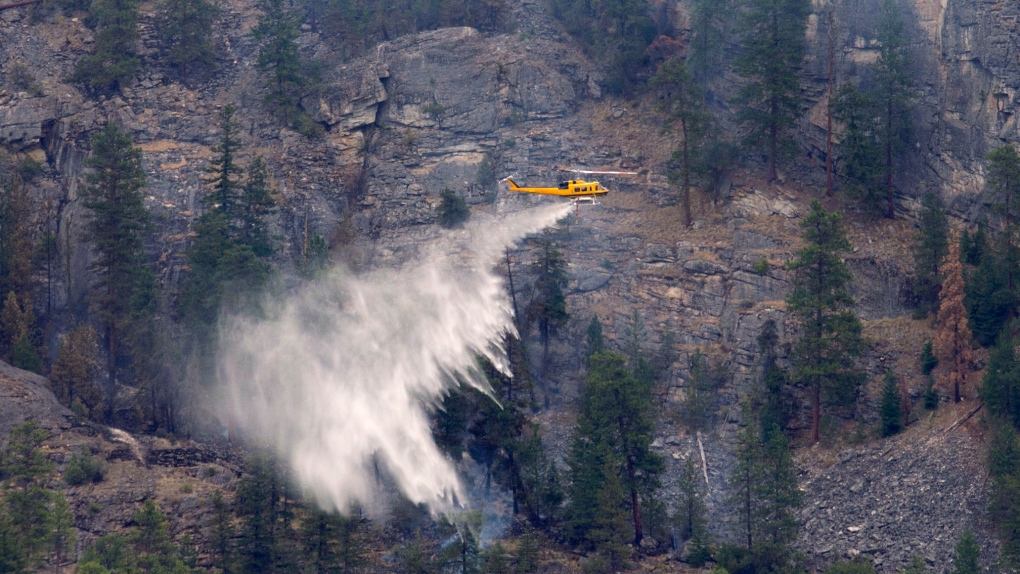 A helicopter drops water on the Christie Mountain wildfire along Skaha Lake in Penticton, B.C. Friday, Aug. 21, 2020. Wildfires in the area have forced several thousand people to be on evacuation alert. THE CANADIAN PRESS/Jonathan Hayward

PENTICTON, B.C. -- Everyone who fled from a wildfire south of Penticton, B.C., is now allowed to return home.

A local state of emergency, which the regional district declared on Aug. 18 and extended on Tuesday has now also been cancelled, the RDOS said Thursday.

The B.C. Wildfire Service says the blaze has died down to a smouldering ground fire and is no longer out of control.

It has reclassified the fire as “held,” which means that with the resources committed to it, it's unlikely to spread under prevailing and forecasted conditions.

Evacuation alerts for more than 3,700 other properties were lifted Monday and Tuesday.