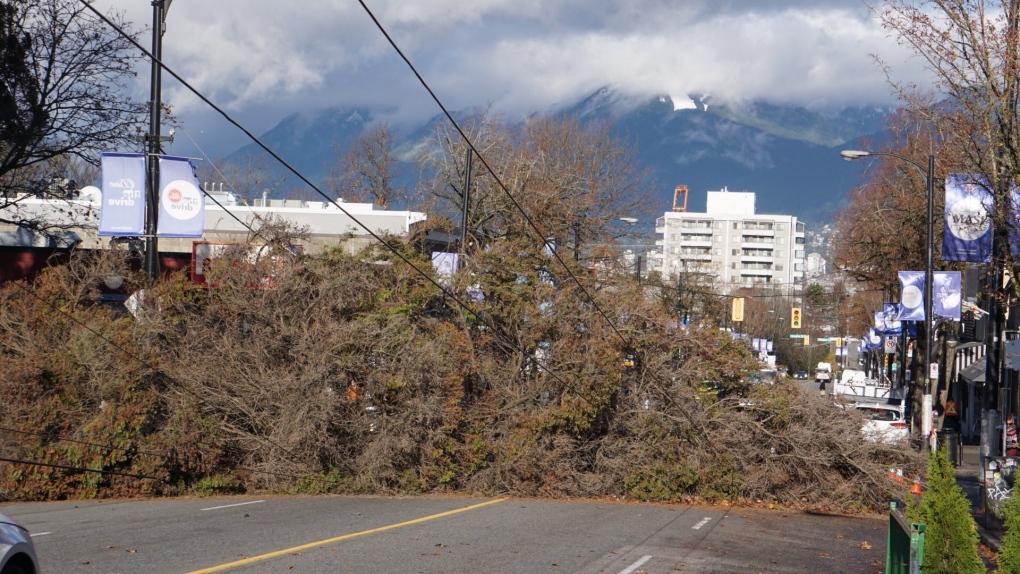 VANCOUVER -- A large tree has brought down trolley wires on Commercial Drive, forcing the road to be closed in both directions at William Street, right on the corner of Grandview Park.

The City of Vancouver says it’s aware of the incident and fire crews are on site but it will take some time before the street is reopened.

At this stage, it’s not known if the fallen tree is weather related.

Meantime, VanDusen Garden is closing for the remainder of Monday due to strong winds.

The announcement was made just before 1pm on Twitter, the post said exchanges or refunds will be offered to those who had purchased tickets.

A special weather statement for strong winds has now ended for Metro Vancouver.