Kennel cough is on the rise in part of B.C., and it may have ties to the COVID-19 pandemic 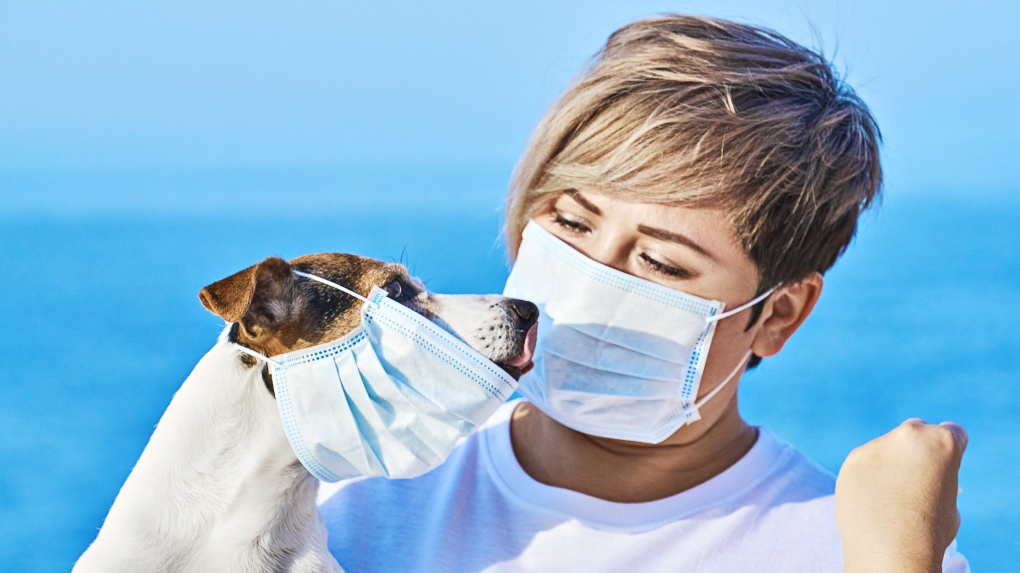 A B.C. vet says putting a mask on your pet isn't helpful to stopping the spread of COVID-19. (Shutterstock)

VANCOUVER -- Veterinarians in British Columbia say they've seen a "significant rise" in an infection known as kennel cough among dogs living in the Lower Mainland.

The Society of B.C. Veterinarians told CTV News Wednesday the increase in infectious trachetitis has been noted in the last month.

"While fortunately many of these cases have not been deadly, there have certainly been a number of cases that have progressed to pneumonia," the society said.

"These cases are more common in very young, senior and other immunocompromised patients."

Dogs with kennel cough often have a cough, as the name suggests. Owners may also notice their pets choking or throwing up, either from coughing violently or to expel sputum in their airways after coughing.

"The cough doesn't have to be associated with anything specific (such as eating or exercise) and can occur during any time of day. The cough usually has quite a distinct dry, hacking sound and is usually non-productive (apart from sputum) unless it has progressed to pneumonia," the SBCV said.

Veterinarians say they think there are a number of reasons why there's been an increase in reported cases.

The new strains are often brought in by dogs that have travelled – either with their owners to other parts of the world, or by the importation of rescue animals.

But another factor may be tied to the novel coronavirus.

The SCBV said a decrease in humans' social interactions can also impact their pets.

"Dogs are getting less low-level exposure on a day-to-day basis to stimulate their immune systems and create a solid herd immunity," the veterinarians said.

Additionally, there's been a surge in new puppies during the pandemic, they said.

Owners who suspect their dog may have kennel cough are asked to call their vet, then isolate the dog from others until they've been assessed.

Many cases get better with time, but dogs with pneumonia could require hospitalization.