Jail replaced with traffic jam in Vancouver version of Monopoly 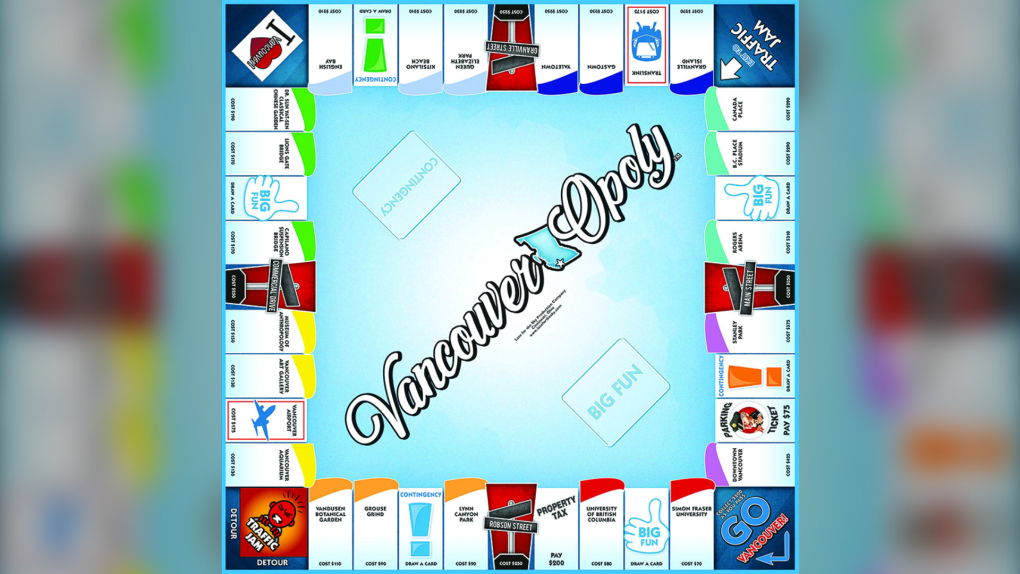 The Vancouver-Opoly board game is shown.

A popular board game got a Vancouver-themed makeover, complete with local street names, popular parks and tourist attractions.

The limited edition game "Vancouver-Opoly" is produced by Outset Media and for sale through Walmart Canada.

The Vancouver version of Hasbro's Monopoly features landmarks such as Stanley Park and the Lions Gate Bridge.

Scoop up the Vancouver International Airport for just $175. Landed on the "parking ticket" space? Cough up $75.

For the first time in years, real estate is cheap.

Downtown Vancouver can be purchased for just $425, and property taxes are only $200. 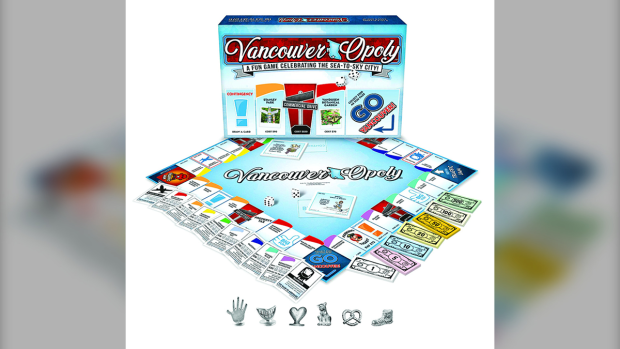 Another change from the traditional game is the jail space has been replaced. Instead of being locked up, players are stuck in gridlock.

While the game touches on one negative aspect of life in Vancouver, the city's Downtown Eastside is among the areas left out of the game.

The aging Georgia viaduct and controversial bike lanes are also not included, and rent is likely more affordable than it is in real life.

There are also versions of the game centred around other B.C. cities, including Nanaimo, Quesnel, Langford, Sydney and Victoria. 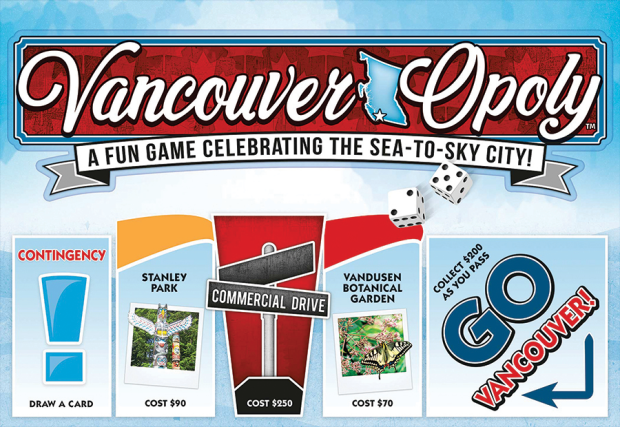