J.T. Miller, Jordie Benn out of Canucks' lineup due to COVID-19 protocols 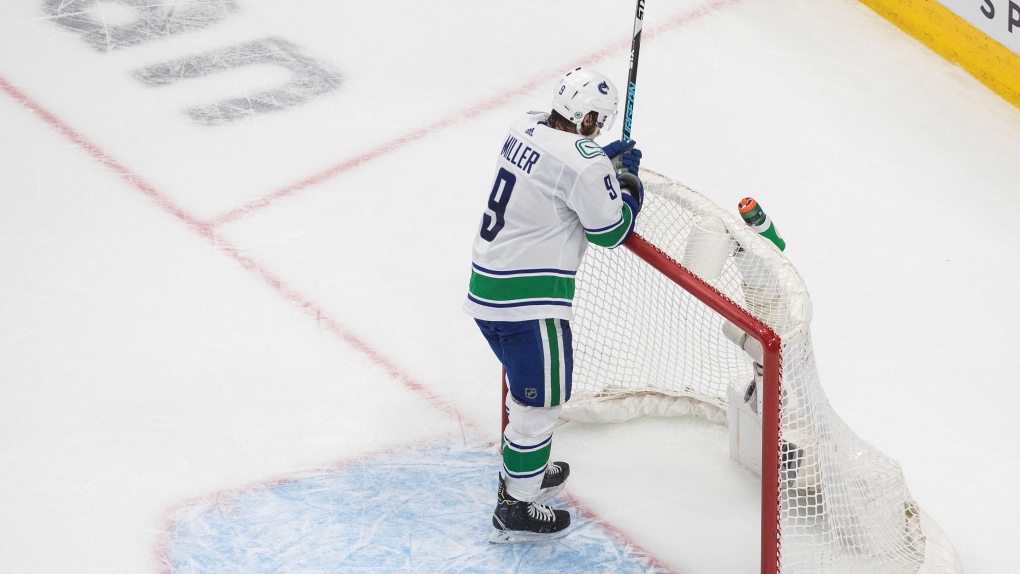 VANCOUVER -- Two Vancouver Canucks players are self isolating under the NHL's COVID-19 protocols.

The NHL released a list of players unavailable due to COVID-19 protocol Wednesday, and it included defenceman Jordie Benn and forward J.T. Miller.

Earlier, coach Travis Green said Benn and Miller were “unavailable” for Wednesday's season opener against the Oilers in Edmonton.

He declined to comment on the reason for the absences, but said the team “100 per cent” takes COVID-19 seriously.

Multiple media reports say Benn has returned both positive and negative tests for the virus over multiple days.

Miller was reportedly living with Benn and is considered a close contact, so he too is required to self isolate under the league's protocols.