'It was so surreal': Vancouver protest organizer says he was moved to tears during Sunday's demonstration 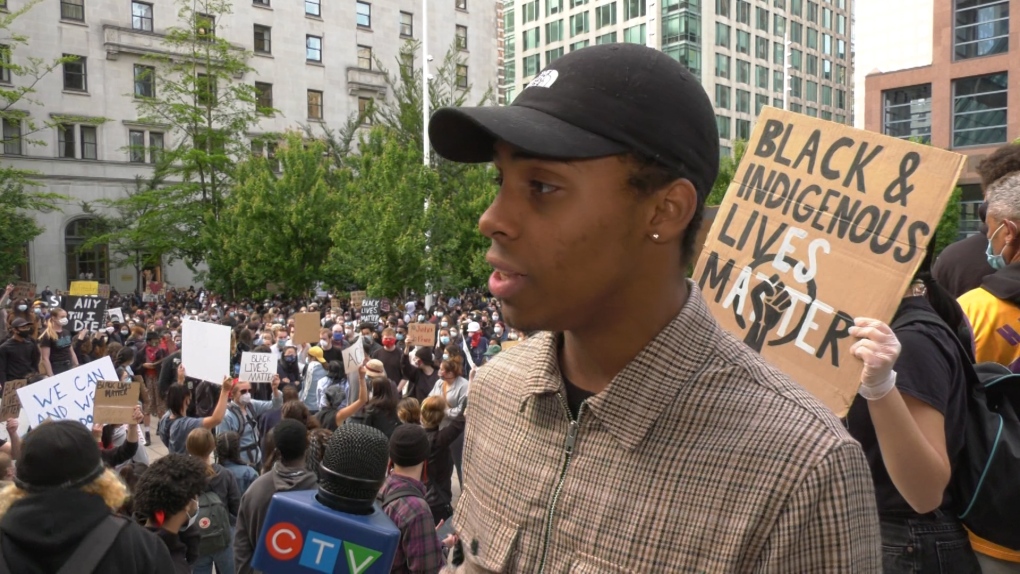 Rally organizer Jacob Callender-Prasad is seen at the Vancouver Art Gallery on May 31, 2020.

VANCOUVER -- When Jacob Callender-Prasad looked out at the crowd during Sunday's anti-black racism protest in Vancouver, he says he was moved to tears.

"Shock and awe. It was so surreal," he said. "It brought me to tears to see my community, our community, come together as one."

Callender-Prasad, the organizer of Sunday's rally, led a moment of silence outside the Vancouver Art Gallery during the demonstration and said the moment he saw the crowd join him in holding up their fists in a sign of solidarity still gives him goosebumps two days later.

Callender-Prasad, 21, says he was inspired to bring people together in a peaceful demonstration after he saw the video of the death of George Floyd in Minneapolis.

"Seeing the George Floyd killing made me want to do something," he said, adding that he went through a range of emotions after watching the video three times. "The first time I watched it…it was really sad to watch. I was really depressed. I watched it a second time, and I felt anger. I was upset, and I was just hurting, and the third time I felt helpless."

But Callender-Prasad decided that he wanted to use his platform to speak out about what happened and that it was time to call people together to protest in an effort to inspire change.

He used social media to get the word out, and an initial Snapchat post about the demonstration went viral overnight. Thousands of people attended the weekend rally, and he's looking forward to what he says will be another peaceful demonstration on Friday afternoon. Protesters are expected to gather at Canada Place at 4 p.m. He praised Vancouverites for demonstrating peacefully Sunday and emphasized the importance of doing the same in the future.

While many people chose to participate in #blackouttuesday, where people on social media have posted black squares to show solidarity with the Black Lives Matter movement, Callender-Prasad hopes people will do more than make a single post.

"There's so much work. Just making one post, it does so much, but actions, I think, speak louder than words," he said. "Come to these protests, donating to certain foundations, these are how you show your support."​