'It's not right': B.C. landlord refuses to rent to care home worker

VANCOUVER -- A B.C. woman with cerebral palsy has filed a human rights complaint, saying her landlord refused to rent to her days before her tenancy was to begin because she started working at a long-term care home.

Michelle Wood says she understands why people would be concerned during the pandemic, but she doesn’t believe she’s any more risk than the general population — and is worried that others on the front lines of the fight against COVID-19 are getting similar treatment.

“All I can say is that I was shocked,” Wood told CTV News. “I thought this was odd because it’s the front-line workers that are taking the most precautions during this time.”

Discrimination by a landlord on the basis of the source of a tenant’s income, as long as it’s lawful, is prohibited in B.C. Advocates said that law would still apply even if a landlord had subjective fears of infection — though they questioned whether those fears were reasonable in the first place.

During the first spikes of COVID-19 cases in B.C., long-term care homes were hit hardest, with vulnerable elderly people succumbing more often to the disease, and some care workers acting as unwitting spreaders of the virus between facilities.

The specific facility Wood works at did have an outbreak in March, with four people dying and more than 20 people becoming infected. The outbreak was declared over in May — two months before Wood started working there.

Given the new cases spreading at parties and among younger people, the B.C. Heath Employees Union says care home workers are no more risky than the general population.

“We know it’s a difficult housing market and to be discriminated against is really unfair for health care workers,” said Cailie Frampton, adding that more personal protective equipment, better training in infection control and new protocols are reducing risk.

“Health care workers know how to protect themselves and their families in a pandemic,” she said.

Wood signed a lease and paid a $500 deposit for the suite in Port Coquitlam in late July. She had been working at B.C. Place before losing her job and taking the CERB benefit, she said. But she wanted to be back in the workforce so took a part-time job at the care home.

“It was an ideal location for me,” she said. “10-minute transit ride to my job — that’s really important because I have mild cerebral palsy and can’t drive.

“I was very proud to get this job and I really enjoyed doing and helping the residents,” she said.

She told the landlord about her new job in an e-mail in July. An e-mail back from Michelle Wood’s landlord, Kelly Liu, expresses concern that Wood is a risk to Liu’s elderly parents that live in another suite in the home.

“Changing to a nursing home job might raise our safety concerns…no offence but my parents are not in good health condition and they are super worried about COVID,” Liu wrote on July 24. 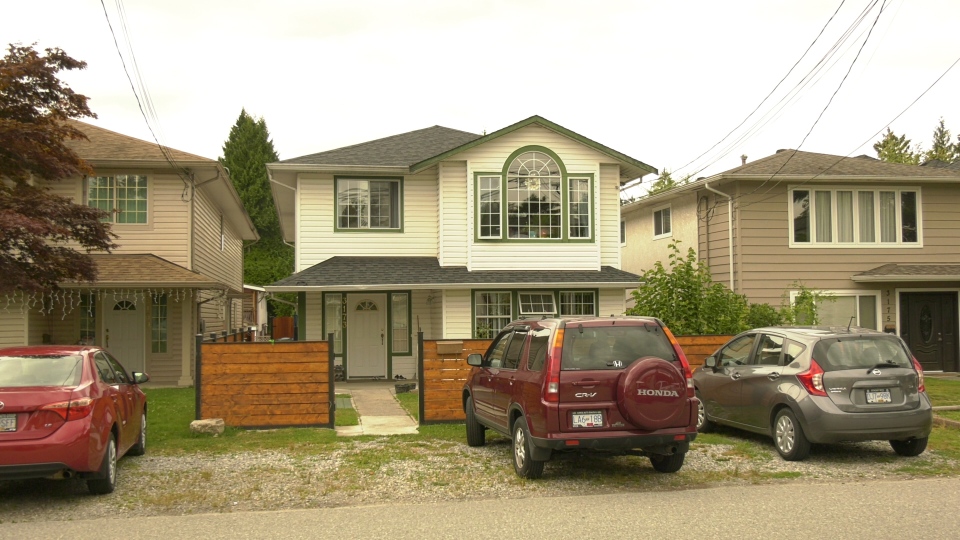 But when CTV News went to the Port Coquitlam home, Liu denied COVID had anything to do with her decision.

Liu said she had paid Wood $1,500 to settle the issue, saying that she refused to rent to Wood because news of her new job made her suspect Wood was being dishonest about where her money came from.

“She walked away with the cancellation of her lease agreement,” Liu told CTV News. “That’s it.”

Tenancies are considered to have started when a renter pays a deposit, and after that point landlords can only evict people for certain reasons. However as Wood didn’t move in, the law considers her to have mutually agreed to end the tenancy.

Evictions are still prohibited as a pandemic safety measure. A spokesperson for the B.C. Ministry of Municipal Affairs said because Wood didn’t move in, there was no eviction.

Wood’s human rights complaint, filed on July 29, is on the grounds that she was discriminated on the source of her income. Liu was not aware of the complaint when contacted by CTV News.

Wood says she accepted the payment from the landlord and doesn’t want any more money. But she says she is complaining because she wants landlords to know it’s not acceptable to treat health care workers this way.

The whole experience has ruined Wood’s first attempt to live on her own, she said.

“I want to make sure it doesn’t happen to other tenants. It’s not right. It’s blatant discrimination. I want to see a change,” she said.