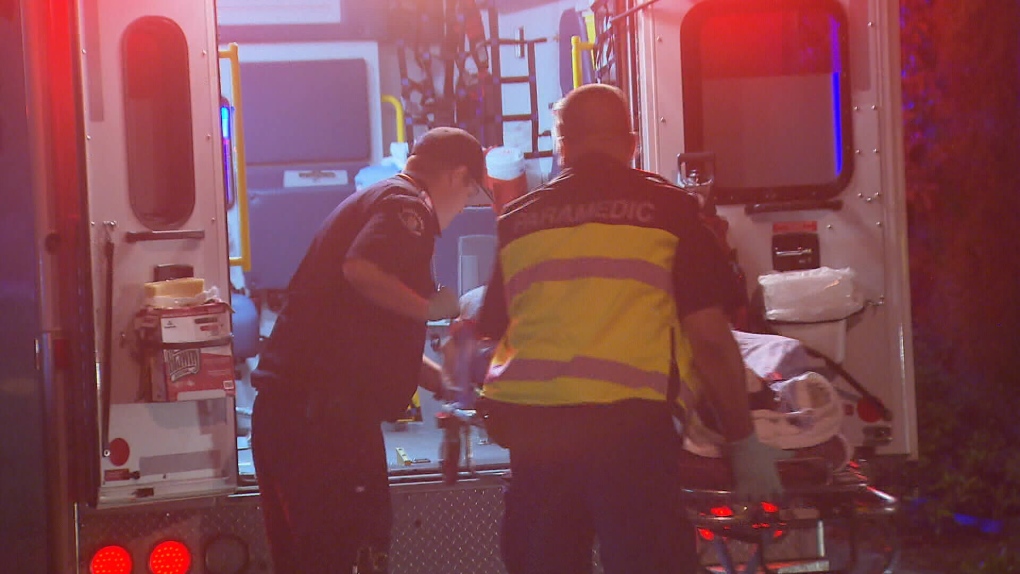 Paramedics are seen helping a patient in this undated image.

VANCOUVER -- Paramedics are sounding the alarm after a night they said saw longer waits for calls in Metro Vancouver and more than two dozen ambulances left unstaffed due to shortages.

President of Ambulance Paramedics and Emergency Dispatchers of B.C. Troy Clifford said on Friday night, about 25 per cent of ambulances were sitting empty across the Lower Mainland, while waits for emergency calls were up to an hour, and waits for non-urgent calls were up to sixteen hours.

“Friday really was a culmination of the worst month we’ve seen for staffing, and workload, out of service numbers,” he said. “It wasn’t just isolated to Friday night, we’ve seen it all week, and we’ve seen it the weekend before. And it’s been really escalating since last summer when we really, through COVID and the overdose crisis, started seeing these numbers starting to increase, not only in the Lower Mainland, but across the province.”

The union is calling on their management to acknowledge the problem, and work with them to find solutions to filling vacancies and recruiting.

“It really hit the wall, and the paramedics were exhausted, fatigued, frustrated,” Clifford said. “We don’t want to risk undermining the public’s confidence in us, but we’re not getting a lot of headway with the Ambulance Service acknowledging what the paramedics are facing, and the impacts on patient care.

CTV News requested to speak to B.C. Emergency Health Services, which oversees B.C. Ambulance Service, but were told they were not able to accommodate our interview request.

Instead, Chief Operating Officer Darlene MacKinnon responded to the issues being raised by paramedics in an emailed statement, and called staffing levels in the Lower Mainland “stable overall, with no major recruitment issues.”

“Friday night had longer waits for less critical 911 calls due to a variety of factors including ongoing health care crises (overdose crisis and COVID pandemic),” MacKinnon said. “We also had paramedics who booked off shifts due to illness or other issues, so some ambulances were unstaffed.”

MacKinnon went on to say Friday saw a higher than average volume of medical emergency calls: more than 1,700 in a 24-hour period.

Clifford said the issues are not new, and the challenges are around “administration and management of the staffing, and workload, and recruitment issues”.

“This is not a new problem that happened overnight. I think it’s really been exposed through the year we’ve been through, and particularly since summer,” he said. “We have no capacity for any of the peaks or significant increases, so it affects their well-being, it affects our response times.”

Clifford said vacancies need to be better planned for ahead of time, so overtime isn’t being relied on to fill the gaps. He added paramedics aren’t being recruited “the way we used to,” as the province is relying on an “on-call” model, which he said is not sustainable.