VANCOUVER -- The Speaker of B.C.’s Legislative Assembly is again taking aim at waste in Victoria — this time targeting $1 million a year he says could be saved in the legislature’s police force.

Darryl Plecas wants to know why a report outlining overtime costs and the high salary of the Sergeant-at-Arms, who heads the Legislative Assembly Protective Services, was filed six months ago — but hasn’t been acted upon.

"It is literally millions of dollars that was wasted," Plecas said in an interview with CTV News. "You shrug your shoulders and think, 'How on earth can people let this happen?'"

"You can’t say you have integrity and in the same breath say, 'Bury this,'" he said.

The report, by Plecas’s chief of staff Alan Mullen, found B.C.’s sergeant-at-arms is paid about $226,000 — more than any similar position in legislatures across the country.

There are just 38 officers in the force, but the sergeant-at-arms is paid more than the chiefs of some municipal police departments that have many more officers.

"We are spending way too much money," said Mullen. 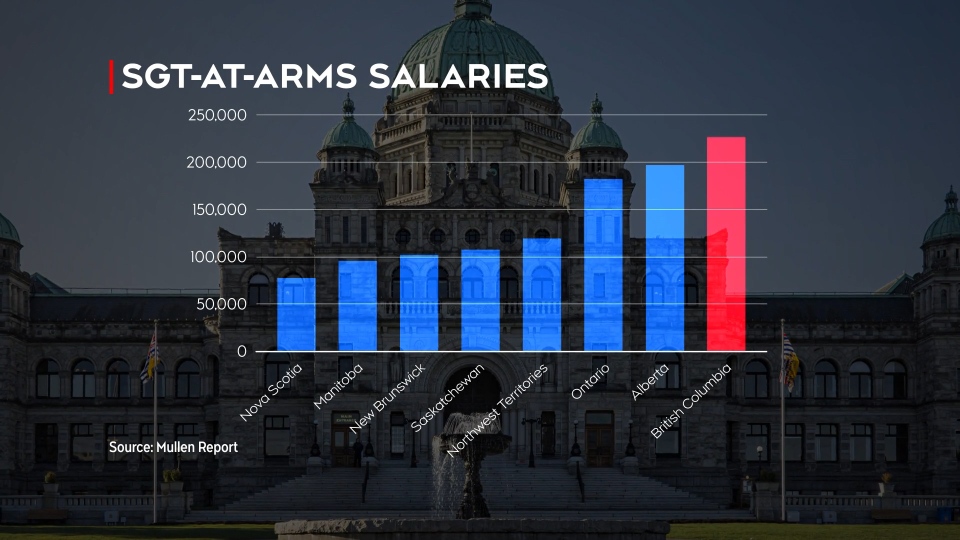 That salary was established when Gary Lenz was at the helm, before he and then-Clerk Craig James were marched out of the building.

Mullen’s previous reports found hundreds of thousands of dollars in spending on personal expenses including meals, travel, even baseball games and a wood splitter that were paid for by taxpayers.

Lenz and James have strongly denied any wrongdoing.

Mullen’s report on the police services proposes limiting overtime, and changing operations from a police model to a security model. 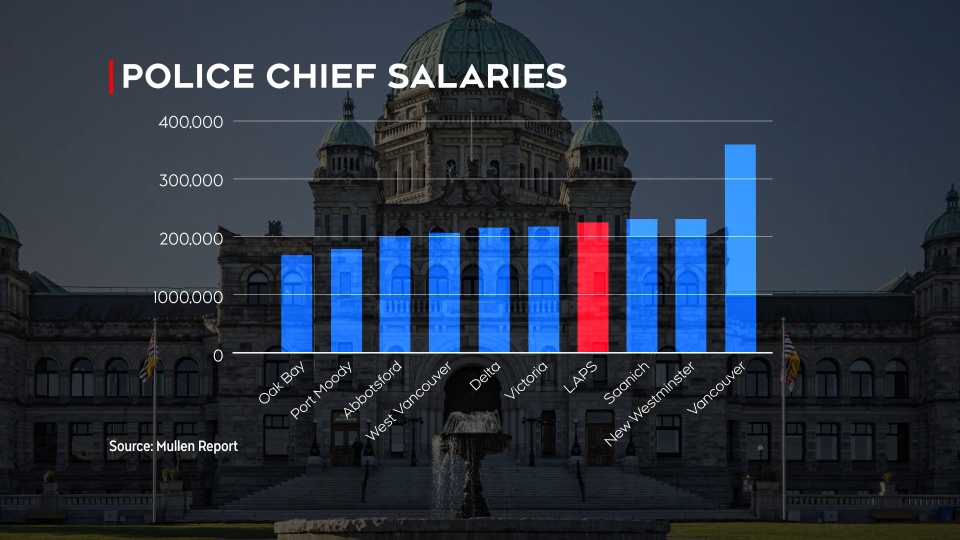 "We’re not policing a city, we’re policing a building with a one-block radius for 80 days a year," Mullen said.

When CTV News contacted each of B.C.’s house leaders, who sit on the Legislative Assembly Management Committee, each decided not to do an interview.

"There are currently no plans at this point to make any changes," said Farnworth. "We’ve seen a report and it’s yet to be discussed."

By the report’s calculations, a six-month delay in changes would already cost the taxpayer some $500,000.

The report was written by Mullen at a cost of $13,000, which had garnered criticism while it was being written.

"Thirteen-thousand dollars to stop the spending of a million dollars every year is a good deal for taxpayers," Plecas said.