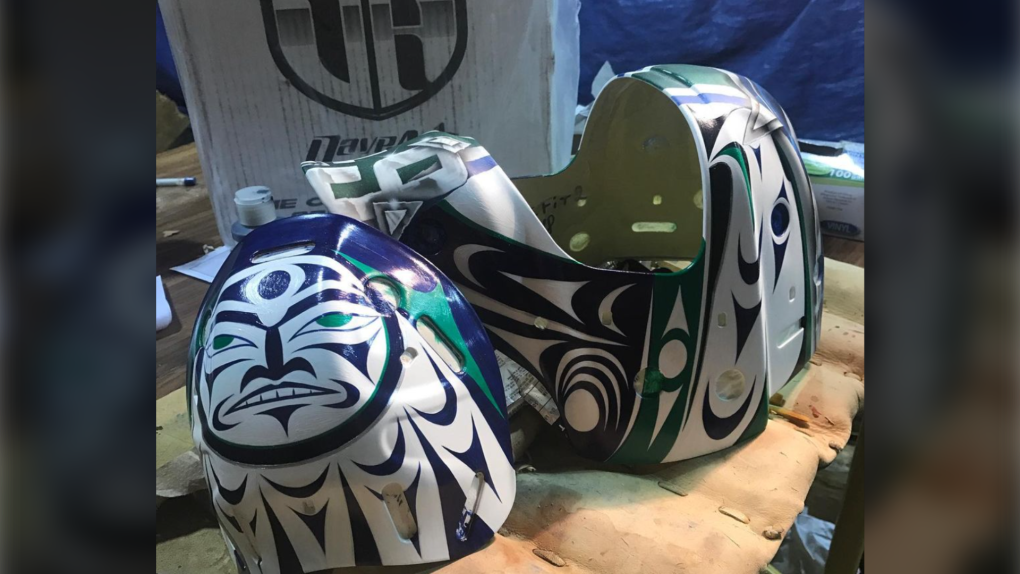 A mask designed by B.C. Indigenous artist Luke Marston for the Vancouver Canucks' Braden Holtby is shown in an image posted by the artist on Instagram.

Luke Marston shared images of Holtby's new mask, to be worn during away games, on social media.

It's the second mask the artist has designed for Holtby.

The goalie was previously criticized for a design inspired by Coast Salish art, but with no involvement from Indigenous artists.

Marston heard about the controversy and offered to work with mask artist Dave Gunnarsson to create something new.

It's not the first time the team has faced such a controversiy.

Last year, a scholar of Indigenous studies suggested the Vancouver Canucks get rid of the team’s decades-old orca logo, arguing it was designed without Indigenous consultation and is “cultural appropriation.”

“The real issue here is power and profit,” tweeted Sean Carleton, who teaches at the University of Manitoba in the Department of History and Indigenous Studies.

Grand Chief Doug Kelly with the Stó:lō Tribal Council said he doesn't think the logo looks like First Nations art. He told CTV News at the time that he is not offended because in his opinion, there was no intent by the Canucks to be offensive.

“Is racism an issue? Absolutely. Is it something we should work together to eradicate? Absolutely. But am I troubled by the Canucks logo? No way, nope, no way,” said Chief Kelly.