VANCOUVER -- By the summer of 1940, Hitler’s armies had blitzkrieged through Europe, threatening the fate of the entire world — and it was against that backdrop that 18-year-old George Chow walked into Victoria’s Bay Street Armoury and volunteered to join the fight.

It was a time when Chinese-Canadians could not vote and the federal government’s Chinese Exclusion Act was still on the books.

Still, Chow signed up and shipped out for basic training in Vancouver.

“I remember they asked a question, ‘Do you want a lot of action?’” Chow recalled years later in an interview with the Juno Beach Centre. “I said, 'Of course.' All I could say was, ‘Yes, yes sir.’”

Chow died in Vancouver last week on Nov. 6, just one day after his 99th birthday.

In 1942, he set sail for England where he was part of the first Canadian anti-aircraft crew to shoot down a German plane on British soil. 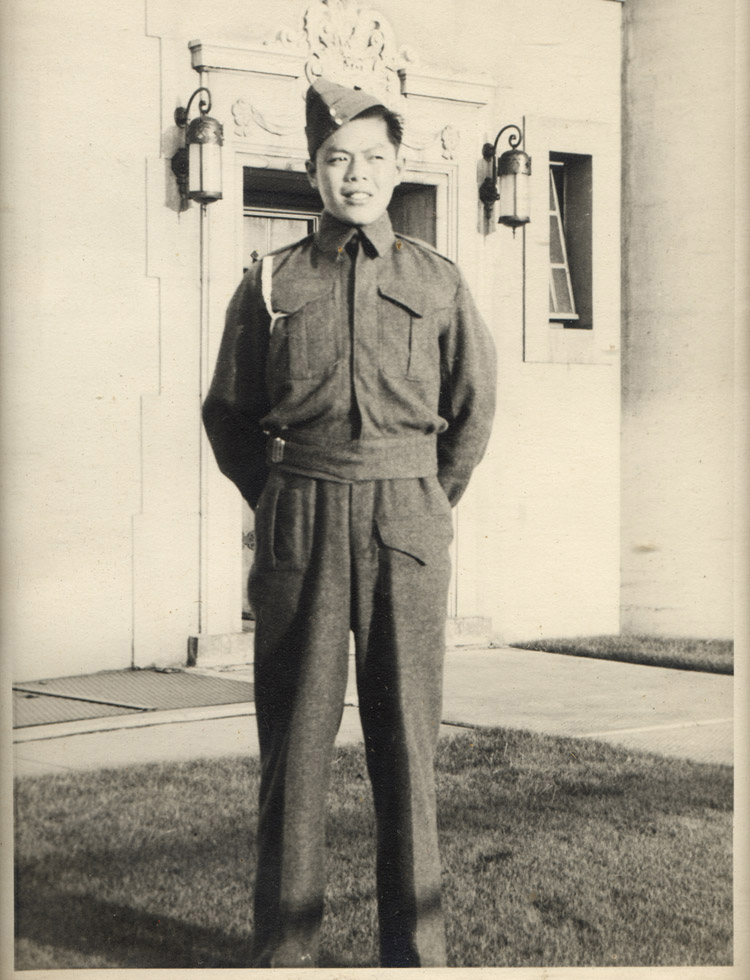 From there Chow would land on the beaches of Normandy on D-Day, and carry on fighting through France, Germany, Belgium and the Netherlands, helping to liberate Europe.

Along the way, he came under fire, and lost friends in heavy combat.

“I was talking to three other gunners,” Chow said in the Juno Beach Centre interview. “I heard this whistle and I knew darn well it was a bomb. It’s got to be a bomb. So, I dove in the trench.”

When the smoke cleared, the other three soldiers who had been beside Chow were dead.

“It was maybe just pure luck,” Chow said. “Somebody’s looking after me, that’s all I can say.”

Following the Allies' victory in Europe, Chow planned to continue fighting for Canada in the Pacific, but when the Americans dropped atomic bombs on Hiroshima and Nagasaki, forcing Japan to surrender, he returned home to British Columbia.

Canada now has one of the most diverse militaries in the world, but when Chow volunteered in 1940, that wasn’t the case, and today he is remembered as a trailblazer.

“At a time when he wasn’t even allowed to be a citizen, he still wanted to serve,” Defence Minister Harjit Sajjan told CTV News at Vancouver’s Victory Square on Remembrance Day.

Sajjan knew Chow well, having spent time with him in Europe at ceremonies commemorating Canada’s role in the Second World War.

“That was a real treat and privilege for me because he fought on those grounds,” said Sajjan. “To be there alongside him and many of his friends and veterans, was a true honour and I was just lucky to know him.”

After the war, Chow re-enlisted in the military, serving as a gunnery instructor until he retired from active duty in 1963 with the rank of Master Warrant Officer.

His many medals and awards include the Canadian Forces Decoration, the Queen’s Diamond Jubilee Medal, and France’s Medal of the Legion of Honour.