'I had to check it over 4 times': Delta woman in shock after winning $121K on scratch ticket 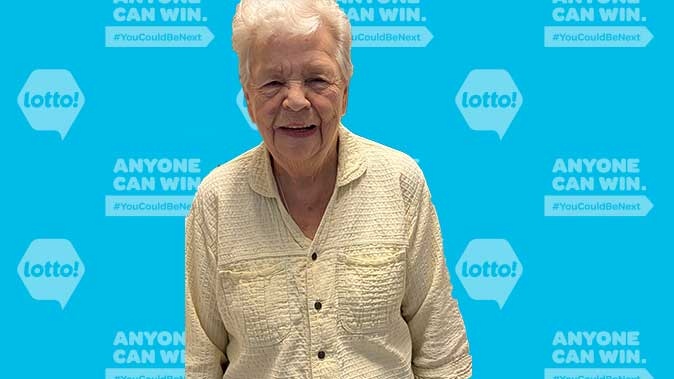 Elizabeth McCartney purchased a Blackjack 30th Anniversary scratch ticket at a Shoppers Drug Mart in Delta. McCartney can be seen in this BCLC handout photo.

VANCOUVER -- One lucky Delta woman is $121,000 richer thanks to a Scratch and Win ticket.

When she got home and scratched the ticket, she was shocked to find out she had won big.

"I couldn’t believe it, I had to check it over four times," McCartney told the B.C. Lottery Corporation Wednesday.

McCartney immediately called her son and daughter to share the happy news.

"My daughter didn’t believe me at first," she said.

McCartney plans to share her winnings with her kids and then save the rest.

"It feels really good to be a winner. I have seen that there have been two lottery winners in town lately and it’s nice to see people locally win," she added.

Margaret Prince from Vernon also recently won a big chunk of money after picking up a Lotto 6/49 ticket.

Prince was having coffee with a friend at a 7-Eleven in Vernon when she made an impulse decision to purchase a Quick Pick package, a decision that quickly paid off.

"I was shopping and knew I forgot to check my ticket so I stopped at a retailer," said Prince. "The retailer told me someone had won $75,000 in Vernon so I checked my ticket and the amount popped up. I was mind blown and shocked," Prince said in a statement from BCLC.

As for what she plans to do with her winnings, Prince said she will use the money to splurge on a car for herself.