'I don't think I'm going to get through this': South Surrey father returns home after full-body paralysis

SURREY, B.C. -- Matt Reisig is back at home playing with his daughter, just in time for Christmas. But just months ago, he thought she might grow up without her dad.

In March, the South Surrey, B.C., dad was diagnosed with a rare condition called Guillain-Barré syndrome, where the body's immune system attacks the nerves.

"I wasn't feeling very good, I didn't know what it was. I thought I was just feeling the flu so I went to bed and when I woke up I couldn't get up out of bed," Matt said.

The doctors at the hospital told Matt to call his wife, Ashley, and make sure she was sitting down to hear the news.

"He called and said, 'I have Guillain-Barré syndrome,' which he pronounced wrong. I was like, 'OK, I don't have to sit down. I don't know what that is.' Then I Googled it," Ashley said. 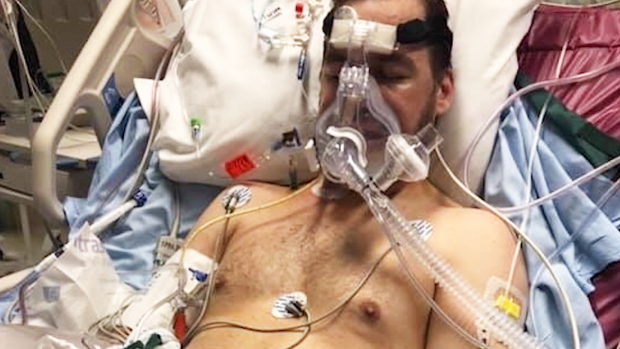 Her search said symptoms of the condition range from muscle weakness to complete paralysis.

Matt didn't think it would get that bad, but his condition deteriorated quickly. Within a week he was paralysed from the neck down.

"I've been healthy my whole life, it just came out of nowhere."

For nearly four months, Matt was bedridden. His daughter had only just turned one, and would visit her dad in hospital once or twice a week.

"All the tubes and all the medical paraphernalia on me… She was scared and she was crying and she didn't want anything to do with me. So that was very hard."

He and his wife have known each other since grade school and reconnected years later. They celebrated their wedding anniversary in the hospital.

"I wanted to do something big, so I got the nurses to help me draw a love heart. We still have it. It looks like my daughter did it," Matt said. 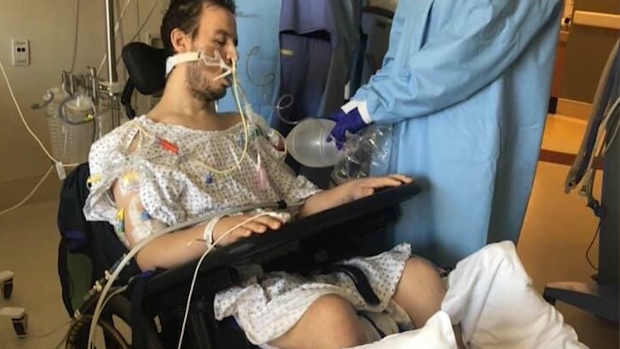 For weeks, Matt was in constant pain and his nerves were under attack. His wife would be there every day, keeping his spirits up.

"The only thing I could do is tell him, 'This is not forever. This is going to end.' Every day I said, 'This will end. You'll get through this,'" Ashley said.

Her husband wasn't so optimistic.

"Some days I'd disagree and say, 'I don't think I'm going to get through this.'"

Ashley said Matt was having a hard time weaning off his ventilator.

"I broke down one day and said that I need him to try because he's my rock. He's my rock and I don't have my rock because you're sick so you need to get better. The next day he flipped a switched and told me that he's going to try and he's going to do it and get off of it. For me. Then he did."

Matt is self-employed, and with Ashley still on maternity leave, the family needed financial help. They started on online fundraiser as a way of asking for that help.

"We really needed the help and we appreciate it. The GoFundMe got us through." 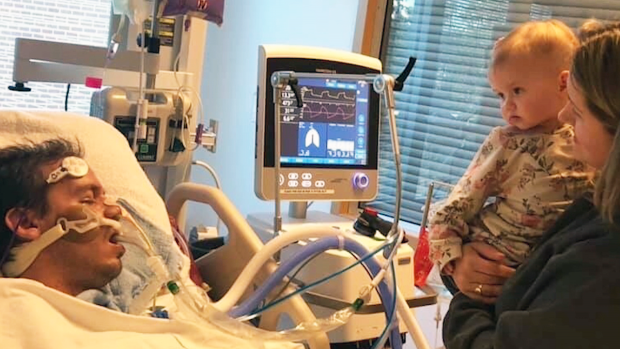 "The first good news that I remember is moving my fingers. I moved my fingers and Ashley just burst into tears. It was like a click in my brain that said like, 'OK, you're no longer going to be paralyzed. If you can move your hand, you can move your body.' One day my toes moved, and everybody in the hospital was crying," Matt said.

He's now back home, not only walking but also going to the gym twice a week. Recovery is slow, but Matt is hoping to be back at work in his painting business in the New Year.

The couple says their faith got them through, and they're taking it one day at a time.

"It's a bizarre feeling to go from thinking I was going to die to living, so my view on life has changed."